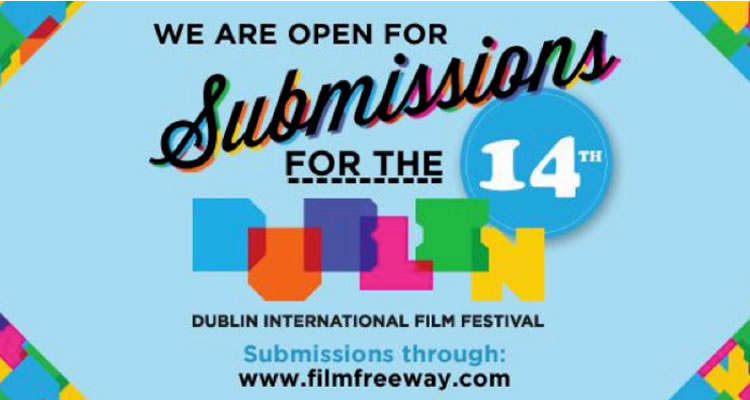 The Dublin International Film Festival have opened their doors to Short Film Submissions for the 2016 Festival. Shorts will join the Feature Films and Documentary categories on Film Freeway, where full details can be found on how to submit. Click here to find out more.

DIFF is delighted to announced that Sarah Ahern and Liam Ryan will renewing their roles within the Festival as Projects Manager and Production Manager. This year they will also be collaborating on the Shorts Programme to build on this expanding and dynamic area of the festival and to help bring exciting emerging talent to our audience at DIFF 2016.

About the Festival
Established in 2003, DIFF has fast become Ireland’s premier feature film Festival and takes place in Ireland’s capital city over the course of eleven days each Spring. At the Festival’s heart are its audiences, international cinema, exciting new Irish cinema, a retrospective selection, a screenwriting focus and its platform for Q&As and panels at DIFF’s Behind the Scenes events.

The DIFF audiences are central to the Festival and each year they have their say in the Audience Award. In 2015 Wim Wenders won the award for his spectacular documentary “The Salt of the Earth”, with Oscar Nominated “Boogaloo and Graham” taking home the Audience Award for best short.

DIFF puts the films and filmmakers at its heart and understands the importance of nurturing new and experienced talent alike. So get your submissions in before the rush, and be a part of the exciting, vital, international festival that is DIFF.