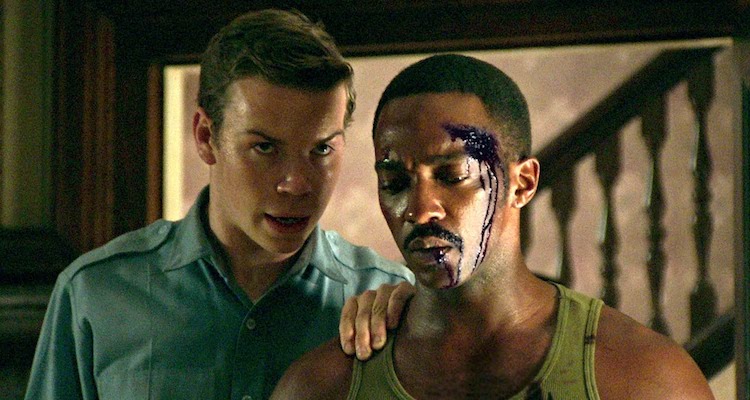 DETROIT (USA/15A/143 mins)
Directed by Kathryn Bigelow. Starring John Boyega, Will Poulter, Algee Smith, Hannah Murray, Kaitlyn Dever, Jack Reynor, Anthony Mackie.
THE PLOT: Detroit, 1967. The city is on fire both emotionally and literally, as riots have spread among African-American communities. These urban communities have been left to their own devices after white people have moved out. The white police force used naked brutality to keep the African-American communities under control. But chaos reigns and nightly curfews have been enforced. The epicentre of this conflict will soon be the Algiers Motel, where Motown band leader Larry (Algee Smith) is holed up for the night with his band, along with two white girls, Julie (Hannah Murray) and Karen (Kaitlyn Dever). Security guard Dismukes (John Boyega) joins cops Krauss (Will Poulter) and Demens (Jack Reynor) when shots are fired from the motel. Believing it to be a sniper, Krauss and the others storm into the motel and start interrogating the guests. Then Krauss pushes things further and stretches the definition of a lawman…
THE VERDICT: Kathryn Bigelow is an interesting choice of director for ‘Detroit’. A socially-conscious film about racism and police brutality would be a more obvious choice for someone like Spike Lee or John Singleton. However, Bigelow gives her (mostly) fact-based story a growing sense of urgency and timely relevance. With the Black Lives Matter movement still very much in the headlines, this is as much a story of now as it is of then. However, is it all that it seems?
There’s no denying that Bigelow’s film is a powerful, incendiary piece of filmmaking. It’s shot almost documentary-style, intercutting newsreel footage of the riots with her own. Then she amps up the sweat, tension and moral ambiguity when things go south very quickly at the motel. Civilian lives are put at risk by the very force designed to protect them, but the ugly spectre of racism soon arises. Bigelow’s direction is strong here, collaborating again with her ‘Zero Dark Thirty’ and ‘The Hurt Locker’ screenwriter Mark Boal. She captures the fear that these trigger-happy cops induce, but also underscores the tragic consequences of their actions.
What undermines this, though not fatally, is the fact that the story isn’t really finished, even after 50 years. The pain is buried deep within Detroit’s past, in a city unwilling to say sorry for what happened that tragic night. Part of the problem here is that Boal’s script is pieced together from eyewitness accounts, rather than definitive, watertight testimony. Some events have been fictionalised for dramatic purposes. If you’re looking for that eureka moment at the end, when the real truth will finally burst out, it’s not really there. Bigelow doesn’t hide this, but it does raise questions over her choice of narrative delivery. Why dramatise this and be slightly hamstrung when the documentary format would be more appropriate?
All the same, ‘Detroit’ is a highly commendable piece of filmmaking. It’s well-acted by a large ensemble cast, who all get reasonable amounts of time to sell their characters’ motivations. The intense Poulter adds layers of complexity to his racist cop, Smith makes a convincing frightened civilian, while Boyega is the voice of reason but is somewhat muted by the events that unfold. It’s a typically muscular piece of filmmaking from Bigelow that raises more questions than answers. But if that gets people talking, then it can only be a good thing. Maybe future generations will heal Detroit’s wounds. Recommended.
RATING: 3.5 / 5
Review by Gareth O’Connor