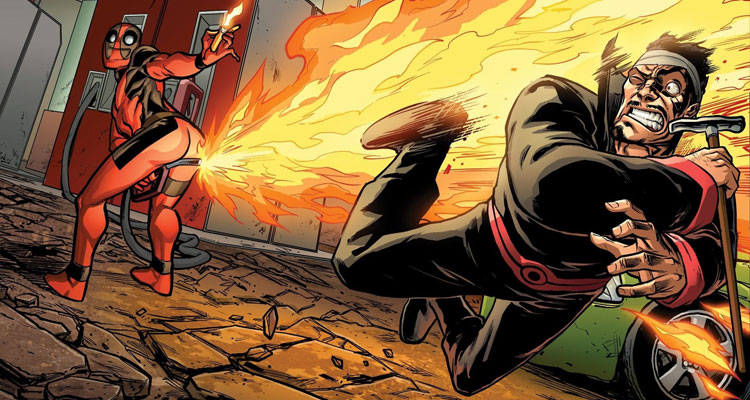 Jack Kesy, best known for playing Gabriel Bollivar in ‘The Strain,’ has become the latest addition to the cast of the David Leitch-directed ‘Deadpool 2.’

Though it is not clear which villain Kesy will be playing, the folks over at Deadline have word that he is being lined up to play Tom Cassidy, aka Black Tom, a Dublin-born mutant who can manipulate, bond with, and project energy through plant life. He is also capable of issuing concussive blasts with a wooden object, usually a shillelagh.

Scheduled to arrive in cinemas June 2018, ‘Deadpool 2’ sees Ryan Reynolds reprising his role as the titular Merc with the Mouth, alongside Monica Baccarin as Vanessa, Leslie Uggams as Blind Al, Stefan Kapacic as Colossus, Brianna Hildebrand as Negasonic Teenage Warhead, and Karan Soni as one of Deadpool’s most memorable side characters, Dopinder. Newcomers include Josh Brolin (‘Hail, Caesar!’) as ‘X-Men’ favourite Cable, and ‘Atlanta’ breakout Zazie Beetz as Domino.

Kesy also has credits on the upcoming big screen outing of ‘Baywatch’ and co-stars with Chris Hemsworth, Michael Shannon and Michael Pena in the war drama ‘Horse Soldiers.’