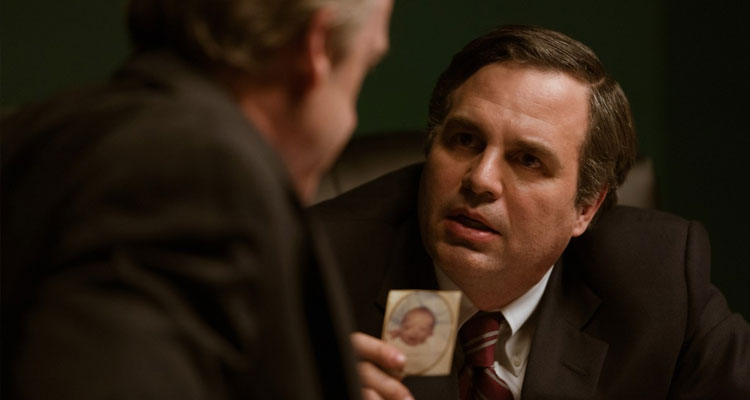 In short: Something in the water

The Plot: Cincinnati, 1998. Corporate lawyer Rob Bilott (Mark Ruffalo) has developed a reputation as a man who defends chemical companies like DuPont – a major employer in neighbouring West Virginia. When righteously angry farmer Wilbur (Bill Camp) approaches him with a complaint about DuPont’s dubious practices with its chemicals, Rob isn’t sure what to think. However, he keeps an open mind and hears Wilbur out. His cows have been dying in increasing numbers due to chemical pollution in the water. As a favour, he takes on the case and digs around – much to the annoyance of DuPont suit Phil (Victor Garber). What Rob finds is just the tip of the iceberg. There are bigger issues at stake here like public health. DuPont may be knowingly polluting the water supply and causing all manner of public health problems…

The Verdict: When an actor takes on a role as a passion project, one can detect a sense of pride about it that might just change the way we perceive things. So it is with Dark Waters, a true-life story about a David and Goliath legal battle that spanned nearly 20 years. As a producer and actor, Mark Ruffalo has championed this story about a crusading lawyer taking on a mighty chemical company. Also known for his offscreen activism (he gave a passionate speech at the Oscars recently), Ruffalo is front-and-centre of this somewhat dry but mostly engaging legal drama. It’s based on the New York Times Magazine article ‘The Lawyer Who Became DuPont’s Worst Nightmare’ by Nathaniel Rich.

Bilott did indeed become a thorn in DuPont’s side, wading through a tsunami of documents (illustrated in one telling scene) to fight DuPont in the courts over many years. The quirky aspect is that he switched sides from defending DuPont to pursuing prosecution. Any good lawyer should have the ability to jump sides, to see what the other side is thinking and develop a strategy. Bilott’s strategy was a dogged persistence in not giving up, no matter what the corporate suits said or the looming threat of intimidation. The public health concern was too big an issue for him to just abandon it, whatever his colleagues, clients and family thought about the toll on his health. That persistence is what drives the film as it flits through nearly 20 years of legal skirmishes and then major battles to make DuPont accountable for its nefarious actions.

It’s a worthy story that deserves the big screen treatment. It’s delivered with customary detail and precision by maverick director Todd Haynes. Working in a more conventional format than usual, he fashions the story into a think-piece about accountability and environmental concerns. He’s aided in no small part by Ruffalo, who provides a subtly powerful performance as the laywer who just won’t give up. Bilott is still fighting to make the world a better place. It’s stirring, inspirational stuff – but it doesn’t always come across like that. It’s just a bit too technical, a tad too clinical in its delivery to really make a societal impact. There’s also an inertia in the storytelling, which doesn’t quite know how to make sense of it all. It should feel more important. It was originally supposed to open during Awards Season, but it was quietly shunted forward. That most likely has something to do with the fact that the film is too low-key for its own good and not impassioned enough to warrant the limelight of Awards Season.

One should feel angrier about such social and environmental problems caused by chemical companies who think they can get away with it in plain sight. The film implores its audience to investigate further afterwards, but beyond a quick Google about PFOA chemicals that seems unlikely. That’s not to say that the film isn’t worthwhile. There is something in the water about the film, which gets its audience behind the mammoth legal battle ahead. The little guy and his laywer versus the seemingly impenetrable corporate fortress. Ruffalo provides a strong anchor for a decent story that deserves to be told. One would have hoped for a bit more though.