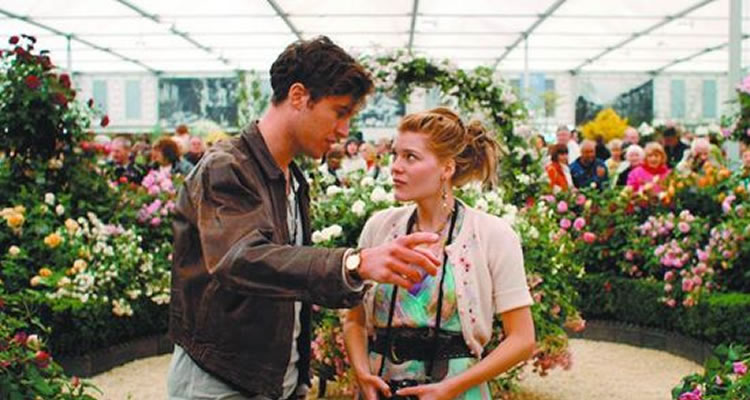 Dare to be Wild

DARE TO BE WILD (Ireland/PG/100mins)
Directed by Vivienne De Courcy. Starring Emma Greenwald, Tom Hughes, Alex Macqueen, Janie Dee, Christine Marzano
THE PLOT: Ever since she was a child, Mary Reynolds (Emma Greenwell) has had a fascination with nature, and dreams of becoming a landscape designer. When she lands a job with a prestigious firm she thinks she is on her way, but her designs are stolen and she is left jobless. Not deterred, Mary decides to take matters into her own hands and enter the Chelsea Flower Show on her own steam, the only trouble is that she’ll need sponsors and a lot of help to make her dream come true.
THE VERDICT: ‘Dare to be Wild’ is not the only recent film to focus on women in landscape design – Kate Winslet played such a character in Alan Rickman’s ‘A Little Chaos’ – and although the film feels very earnest, it also feels rather twee, with some meandering and off-centre Irish accents to boot.
Emma Greenwell does fine in the lead role of Mary Reynolds – once you can look past her accent and her strange resemblance to Kiera Knightley. Greenwell is passionate and rather charming, but she is constantly struggling under the weight of the screenplay and her dodgy accent – why are English actresses being drafted in to play Irish when we have a wealth of talent here at home!? Tom Hughes plays Christy, Mary’s antagonist/love interest and he is just the right combination of aloof and charming… Accent bedamned. The rest of the cast features Don Wycherley, Alex Macqueen, Janie See and Christine Marzano.
Vivienne De Courcy’s screenplay is inspired by the true story of Mary Reynolds who, at the age of 28, became the youngest woman and the first Irish person to win a Gold Medal at the Chelsea Flower Show, even managing to beat competition from Prince Charles. There is a sweetness to the story, and it is a true underdog tale, but this sweetness somehow gets lost between quirkily dressed characters, a trip to Africa and all the “Oirish” schmaltz. The idea for Mary’s garden is beautiful – keeping gardens wilder, as opposed to manicured – but this film does not do the story justice.
As director, Vivienne De Courcy makes sure that ‘Dare to be Wild’ moves at lickety speed, and the cinematography is often breathtaking. That said, the love story feels shoehorned in, and characters quickly fall into familiar roles; the plucky one, the cheat, the antagonist who out hero will fall in love with. There is a warmth to it, but it all feels a little twee and familiar.
In all, ‘Dare to be Wild’ is a completely inoffensive film in its intentions, but it feels a little derivative of ‘A Little Chaos’ – even though it is a true story – and the entire thing ends up feeling rather twee and a little like it takes place in the land of the leprechauns. It’ll probably play well outside of Ireland though.
RATING: 2/5
Review by Brogen Hayes