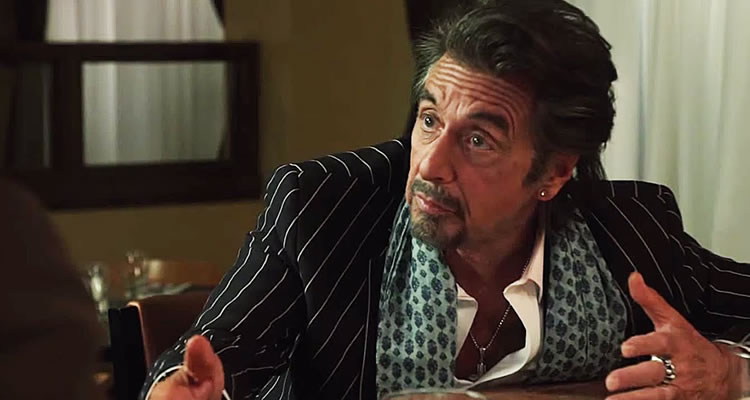 DANNY COLLINS (USA/15A/106mins)
Directed by Dan Fogelman. Starring Al Pacino, Annette Bening, Christopher Plummer, Jennifer Garner, Bobby Cannavale.
THE PLOT: Danny Collins (Al Pacino) is an ageing rocker who still performs, but has never managed to give up the hard partying life of a rockstar. All of this changes when his manager Frank (Christopher Plummer) gives him a latter written by John Lennon, a letter written to Danny at the start of his career, a letter that never got to him until now. Danny dumps his cheating girlfriend and heads to pastures new… New Jersey.
THE VERDICT: Inspired by the true story of English musician Steve Tilston – who did receive a letter from John Lennon 40 years too late – DANNY COLLINS is a film that feels a little familiar, like maybe we have been down this road before. The thing that makes the film warm and entertaining, however, is the feeling that the entire cast, Pacino included, actually had a lot of fun making this charming little film.
Directed by Dan Fogleman, who as a writer most recently brought us LAST VEGAS (and the less said about that the better), this is the directorial debut for the veteran screenwriter. As mentioned, DANNY COLLINS is not exactly a film that feels fresh, new or innovative, but it is a film that is filled with heart and warmth, with strong performances from Al Pacino, Annette Bening, Christopher Plummer, Bobby Canavale and Jennifer Garner filling the film with charm and a couple of laughs.
Fogleman’s screenplay jumps off from a true story and takes it in a new direction. There are times, especially in the scenes concerning Danny’s family, where everything feels a little trite and familiar, but these soon balance out with some lovely chemistry between the cast, and some fun scenes between Pacino and Bening. As the film moves on, it is clear that this is a story about relationships, and not one about the regrets we may have in life, and Fogleman’s dialogue gets better and more honest as the film moves along.
As director, Fogleman sometimes lays the cringiness on a little too thick, but redeems himself when it comes to characters interacting on a more intimate level. There are a couple of montages in there that don’t always work – and don’t always reflect the passage of time – but Fogleman has coaxed a suave performance from Pacino, a giggly understated one from Bening and a strong and charming one from Garner. It is Cannavale that really shines, however, making Tom a complex, rounded and conflicted character; one who is the perfect foil for the vain and sheltered Danny.
In all, it may feel like we are heading down a well-worn path with DANNY COLLINS, but Dan Fogleman’s directorial debut has a few surprises up its sleeve, and a whole lot of warmth and charm. The central four shine, but none more so than Bobby Canavale, who is on the best from he has been for years.
RATING: 3/5
Review by Brogen Hayes