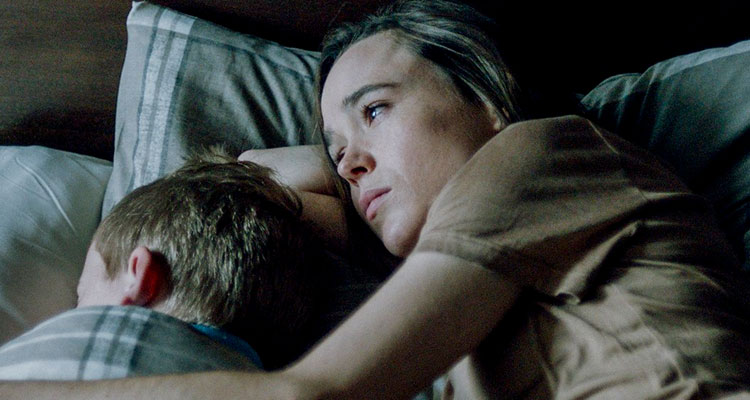 THE CURED is a brand new Irish horror film that’s been making waves abroad thanks to a stellar cast, including Oscar nominated actress Ellen Page and an interesting premise of starting at the point where other zombie themed movies usually end. We caught up with Irish director David Freyne to talk about his work on the film.

Congratulations on ‘’The Cured’… how did the project begin?
It began as an idea back in 2011. I’ve always loved zombie films and many of them discussed the idea of a cure, but none of them seemed to have explored what would happen if there were a cure. Would the cured be accepted back or would they be haunted with the memory what they did? Once the idea came, the characters and story quickly unfurled from there.

Was it difficult to get funding for an Irish horror film?
It’s tough financing something that doesn’t easily fit into one genre, but the greatest challenge is just getting people to take a leap of faith on a first-time director. We’re very lucky to have had the support of the Irish Film Board through the development and financing of this film.

You’ve called it the zombie film where other zombie films ends, can you tell us more about that?
The film begins after the hero has saved the day and solved the zombie apocalypse. It’s all about what would happen next. We focus these three broken characters and how they pick up the pieces after this great hope of a cure is found.

The movie has an impressive cast but everyone is talking about the involvement of Oscar nominated Ellen Page, how did she get involved?
Perseverance and luck. I always wanted her for the role so we decided to give it a go, not thinking we’d ever suceed. We sent the script to her agent, which I’m sure ended up in a spam folder somewhere. We kept trying for about a year and were about to move on, when I decided we should have one final try to her manager. So we mailed her and I wrote Ellen a very fawning letter about how much I loved her and thought she would be incredible for the role. And then we got a call out of the blue a few weeks later, saying Ellen loved the script and would like to chat.

What was your reaction when Ellen joined the movie?
I’ve had some pretty cruel pranks calls from friends in my youth saying I’d won film funds before, so I just assumed it was one of them. But once the reality set in I was ecstatic. There are so many ups and downs in developing a film so when those big moments happen they give you such a huge boost. And she is just sensational.

Can you talk us through the casting process, what were you looking for when casting the roles of Senan and Conor?
Sam Keeley was the first actor to come on board, very early in the process. I was a huge fan of Sam from his TV and film work and thought he had that raw vulnerability to really bring Senan’s inner struggles to life. He was sort of petrified of the challenge which I think clinched it for him. And he had the toughest challenge in many ways. Senan spends the film fighting this inner demon and all this guilt. But the nature of an internal struggle is it’s not verbalised. But Sam is such a smart and sensitive actor that he just really got under Senan’s skin.

And Tom Vaughan Lawlor is pretty much a national treasure so, as with Ellen, we just sent it on a whim, not expecting him to say yes. But no one else could have brought Conor to life. No one else could have you rooting for Conor for an hour, before you realise “shit I’m rooting for the bad guy.” He can just go from charming to menacing at the click of a finger. He really is extraordinary.

What direction did you give to actors for the physical work of animating zombie characters? Did you give them examples or reference points to study up on?
I really wanted my infected to be more animalistic than mindless. They have a pack mentality like wolves. They hunt together, and communicate through modes of breathing. They even choose who to kill and who to infect.

I worked out the science, movement and breathing language with the incredible Jane McGrath and we then spent a few days workshopping with Tom, Sam and Hilda Fay, who plays another key character.

Viewers will recognise lots of locations around Dublin, how did you decide where to shoot or where would look good on the big screen?
I always wanted to make a big post-apocalyptic film in Dublin. There was a huge boyhood excitement in seeing a horde of zombies running by the Four Courts. So many of the locations are just areas that I know well and then some logistical choices. We wanted to make sure we gave the city a mixture of dilapidation and then areas in recovery, which sort of reflected what Ireland looked like at the time.

Where was the most difficult location to film in?
I wrote a scene in the Dun Laoghaire baths, which is pretty much condemned. We somehow managed to convince them to let us shoot there but it’s a complete death trap. It was pitch black, raining and you’re surrounded by jagged rocks and slippery wet stones. That was a fun night.

You’ve said that the recession in Europe and Ireland influenced the movie, could you tell us more about that?
I started writing the film back when the recession was in full swing. We were bailng out banks, losing our jobs and essentially being blamed for things beyond our control. And it was then that we saw this new wave of populist figures in Europe who started exploiting peoples fear and anger for their own ends, just as Conor does in the script. People were being dehumanised and described in terms of a contagion or a sickness. This all just fed into the writing. It’s sort of the extreme sci-fi version of what happens when we let fear rule our lives and our politics.

The Cured is your first feature length movie after writing and directing a number of short films. What was it about this story that convinced you to make it your first feature?
I poured a lot of myself and the anger I was feeling about the country into this script, so it felt like a good honest way to start my feature career. The other side is that it’s the script that just so happened to assemble first. As a filmmaker you’re really are at the mercy of funding bodies and financiers. All filmmakers have one or two scripts that they spend a lifetime trying to make or never end up making. I certainly have a few of them. I love that Edgar Wright essentially spent 22 years trying to make Baby Driver.

The Cured started out with the same title as your previous short ‘The Third Wave’, why the change?
I still miss that title. But honestly the change was for boring, practical reasons. In the US in particular, people thought it was connected to a YA film, The Fifth Wave. It’s hard enough to get a small Irish indie out there so we just decided to simplify it. And I think The Cured is a cool title.

Were you previous shorts useful in getting funding and awareness for ‘The Cured’?
Absolutely. Shorts are such an incredible training ground for filmmakers and it’s really how you get on the radar of bodies like the Irish Film Board. It was actually my previous short, THE TREE, that Ellen first fell in love with.

The film was picked up for a release in North America by IFC films, you must have been pleased as punch to see it get such a major release?
It’s been lovely. It’s sold to pretty much every territory so it’s going to be around the world in some form or another. I’m just excited that people will have the opportunity to see it.

Was touring festivals helpful in building up awareness for the film?
Absolutely. It’s so tough for independent films now that festivals are more essential than ever.  Getting into a festival like TIFF gives you the opportunity to find those international distributors. You get to play to packed thousand seater screenings and have your work seen by people you greatly admire in the industry.

What films, writers and directors have influenced you?
Too many to list. But Powell and Pressburger are my cinematic idols.

Have you always been a fan of the horror genre?
I have always loved genre films in general. When they’re good, they are the best at getting to the heart of our society.  But I have a really broad taste in films. My next one is a period comedy.

What do you think of the popularity of horror/thrillers at the moment with films like IT , GET OUT and A QUIET PLACE becoming massive box office hits?
It’s great. The stigma that used to surround these films is vanishing. Long may it live.

What advice would you give to upcoming Irish film makers?
Just make sure to have fun and surround yourself with people you trust. And when it gets you down, which it occasionaly will, make sure to talk to people. Every filmmakers lives through the highs and lows so there is no need to bottle it up. Sorry that seems really depressing. It’s genuinely great.

THE CURED is at Irish cinemas from April 20th