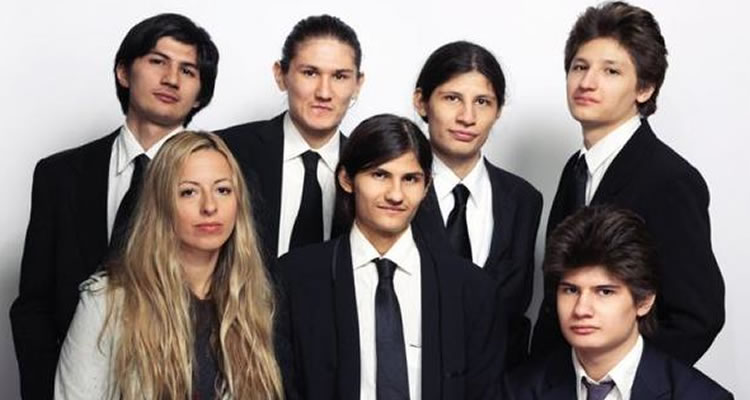 THE WOLFPACK is released in Irish cinemas this week, and follows the Aruglo family and their incredible true story. For most of their lives, six brothers and one sister were kept captive in their small New York City apartment by their father, who believed the outside world was too dangerous for them to live in. Since they were home schooled and only allowed out of their home a handful of times a year, the boys turned to movies such as THE DARK KNIGHT and RESERVOIR DOGS, lovingly and painstakingly recreating their favourite films shot for shot in their apartment. When Mukunda Angulo simply walked out of the apartment at age 15, the world quickly opened up to him and his brothers, and it was on one of their tentative unaccompanied trips out into the world that they met filmmaker Crystal Moselle, who struck up a friendship with the siblings.

Movies.ie recently caught up with Moselle, director of THE WOLFPACK, to find out more about how she met the Angulo brothers and the making of this incredible documentary.

How did you meet the Angulo family?
Crystal Moselle: I was walking down First Avenue in New York City, and the boys just ran past me on the street. Something about them just really intrigued me; they had this long, amazing hair, they had this energy about them, and I just ran after them. We met at a crosswalk and I asked them where they were from, and they said Delancey Street, and I asked them were they all brothers and they said yes. They asked me what I did for a living, and I told them that I was a filmmaker, and they said they were interested in getting into the business of filmmaking. It became like a friendship. That’s really how it started; it just became this whole organic process of getting to know each other. I always knew I wanted to do a project with them; I just wasn’t sure what it was.

What was your reaction then when you did find out?
CM: I was totally [laughs]… It was a lot. It was definitely intense for me; this was about eight months into meeting them and being friends, so I felt for them, and I knew that if someone was going to tell their story I wanted to be that person.

How did their parents feel about you, an ‘outsider’, coming into their world?
CM: The parents were very open to it. Their father would tank me, and say ‘Thanks for helping my children’ and their Mom would speak to me all the time. By the time I got their story, the dynamic in the family was very different from before, so it wasn’t really an issue. That was another reason why I didn’t realise for so long what their backstory was; they were just so happy to have me around.

You watched them change over the years…
CM: Oh absolutely, I mean, I watched them grow up. There was a big change with them. Especially [with] their mother, and I think the film was really about the transformation of them going out into the world and assimilating in the world, but also it was their mother, and how she changed and gained her power back.

Obviously the brothers love film since they recreated their favourites on camera, but how did they feel about being interviewed as themselves, and not as a character they were playing?
CM: I think it was just depending on their mood; sometimes it was very personal and intimate and they were able to reveal themselves, and other times it would be like… them playing a character is almost like this shield that they would put up.

This is your first film; what were the challenges of working with such a guarded family?
CM: Again, it was a very organic process; we got to know each other very slowly. We had similar interests in film, so it wasn’t really challenging in that way. Sometimes they may not feel like filming for the day… Once, we took a month’s break from filming. We made the decision to do the film, and that’s what we did.

Although you were not constantly filming, you still must have had hours worth of footage. How did you choose what to use and what not to? That must have been a daunting task…
CM: I was filming them for four and a half years, so it was a lot! When you look at the footage you are looking for emotion, you are looking for what’s going to drive the story and the architecture of the film’s structure. It’s funny, you have 500 hours, but then when you make the film you’re like ‘OK, well this makes the most sense’.

The boys seemed to be fascinated with crime movies like THE DARK KNIGHT and RESERVOIR DOGS, which makes sense since they were teenage boys, but did they ever re-enact anything lighter, like a Bromantic Comedy?
CM: No they liked all sorts of films. They loved comedies, they’re hilarious, but they are teenage boys!

How did you choose which re-enactments to show in the film?
CM: I was always around… When it was Quentin Tarantino’s birthday, they would celebrate his birthday so they would film him. When I first met them they really loved Tarantino; they were going through their Tarantinto stage, so that was a big part of our process.

Do you feel your presence in the house had an influence on them?
CM: I’m sure my presence had a lot of influence on them making their way out into the world, but they were already venturing out into the world at that point. That was the point that they probably needed some sort of sounding board and I became that person. Eventually I really stepped back and let them do their thing, and I would just follow that. I became a fly on the wall.

How did you decide where to end the film?
CM: I think it was really just showing the transformation, especially with their mother, as she starts to go her own way. A couple of months ago they all went to go and meet up with their entire family [for the first time] actually, it was pretty amazing.

What do you hope audiences take from the film?
CM: I think probably just a sense of hope and seeing how resilient humans can be; what they can accomplish.

How are the boys doing now?
CM: They are off and doing their own thing; it’s amazing. We are all in London right now and it’s great.

What’s next for you?
CM: I’m creating a script right now, and I am open to shooting another documentary if it comes along. There’s a lot of things that I have. I am just inspired all the time, so it’s really what ends up making sense.

THE WOLFPACK is released in Irish cinemas on August 21st 2015