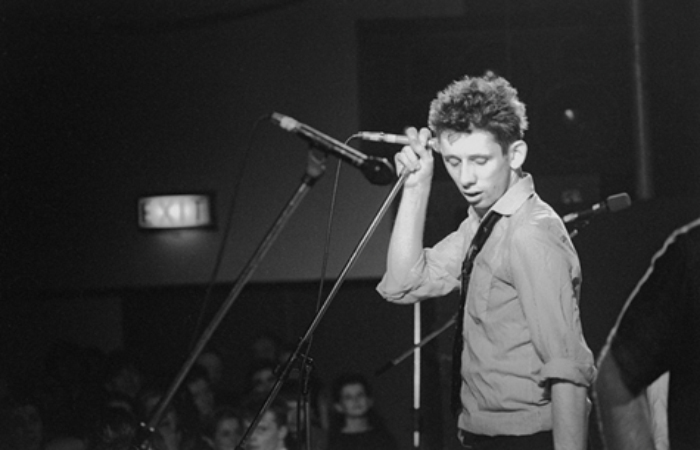 Crock Of Gold – A Few Rounds With Shane MacGowan

The Plot: This career-spanning documentary examines the meteoric rise, fall and resurgence of one Shane MacGowan. From his humble beginnings in rural Tipperary to his punk years in London and beyond, he shook up the Irish music scene and become a sensation. The fame came at a cost though – his fondness for alcohol and drugs clouded his mind and got him in trouble, to the point where he was kicked out of his own band The Pogues. But the talent and ambition was always there, waiting to rise again and find a new audience attuned to his particular style of music…

The Verdict: Shane MacGowan: singer; songwriter; functioning alcoholic; trailblazer. Just some of the words that can be used to describe his talent for earthy tunes and living life to the fullest extent possible. He wouldn’t have it any other way, it seems. Director Julien Temple, already an established director of music documentaries, trains his beady eyes on MacGowan’s colourful life for a rollicking ride through Irish and British culture and history at a time when both were in conflict. With some liberally sprinkled animation to liven up the proceedings even more, this is an atypical music documentary. Not so much a cradle to the grave re-telling, but cradle to the pub and then onto the stage, dancing like a madman and keeping the grave at bay one day at a time. It’s very much in tune with MacGowan’s singular personality, helpfully subtitled for those not attuned to his tipsy speech pattern.

Temple spends a good bit of time establishing MacGowan’s background. MacGowan found a childhood heaven in Tipperary, downing bottles of Guinness at six years of age and being lined up for the priesthood (that was never going to happen). He became fascinated with traditional Irish music and dancing, becoming his lifeblood and his profession in time. When he arrived in London as a teenager and found his tribe in punk rock bands like The Sex Pistols, he knew what he wanted to do. He took Irish music and gave it a spiky punk aesthetic, while keeping it true to its cultural roots. It was all about sticking it to the British, subverting the drunken paddy stereotype and controversially spinning out politically-charged lyrics about the Birmingham Six at one point. Enter Gerry Adams (somewhat dubiously), as the two chat about the Great Famine and The Troubles.

Temple’s lively film is a bit like a fireside pint in the pub with MacGowan (producer, longtime friend and fellow hellraiser Johnny Depp pops up intermittently in a pub). Relaxed and unhurried, Temple takes hearty sips out of MacGowan’s various scrapes with life in general: the ups, the downs, the drink, the drugs, the women, the successes, the failures and more. His signature tune Fairytale Of New York gets not one but two airings, to the point where MacGowan admits that he hates it. His hard-working attitude comes through the fog of excess, with some 363 gigs in one year. What’s missing though is a deeper sense of the man himself. Alluding to a comment from his sister, his talent is undeniable but it’s often masked by his love of alcohol and drugs. Try as he may, Temple never quite gets to the root of what makes MacGowan tick. There are no huge revelations here that might expand on the battles with his demons or offer deeper analysis of his life. What it is though is an entertaining celebration of a life well lived and a legacy that informed future generations of Irish musicians. He was born to be wild and here’s his story in vivid Technicolor.

In short: Born to be wild