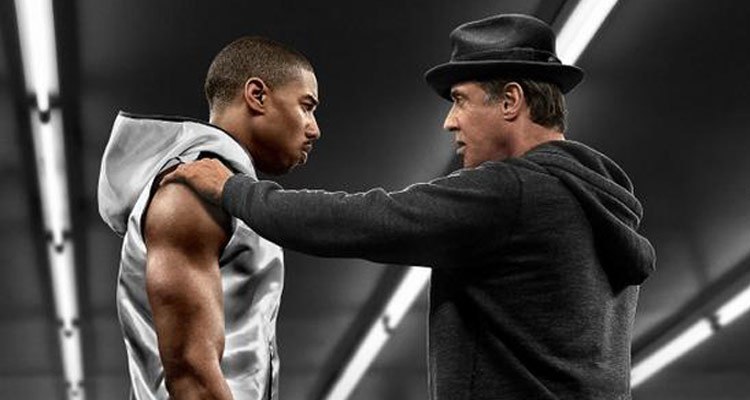 CREED (USA/12A/133mins)
Directed by Ryan Coogler. Starring Michael B. Jordan, Sylvester Stallone, Tessa Thompson.
THE PLOT: Having tried and failed to enter training to be a professional boxer, Adonis ‘Donnie’ Creed (Michael B. Jordan) approaches Rocky Balboa (Sylvester Stallone) in the hopes his father’s old friend and opponent will train him. As the two work toward making Donnie a truly great fighter, their friendship grows stronger.
THE VERDICT: Rocky is back, but this time he is on the other side of the ropes. In this film that is remarkably similar to the very first Rocky film, Balboa trains a young fighter to take on the world heavyweight champion. The good news, however, is that ‘Creed’ is remarkably fun and emotionally engaging.
Michael B. Jordan takes on the role of Adonis Johnson, the son of the late great Apollo Creed, who died to stand up for his friend Rocky Balboa. Jordan makes Donnie a character who is not without his troubles and his flaws, but is also charming and tenacious, with a strong sense of loyalty. Sylvester Stallone makes Balboa grumpy but funny and kind, and Tessa Thompson takes on the role of Creed’s love interest Bianca.
Screenwriters Ryan Coogler and Aaron Covington pick up the legacy of the ‘Rocky’ films, and while paying himage to how the films began, they create a new story from the familiar tale of the underdog. The dialogue is strong and the characters well rounded – even Bianca is given more than just a surface layer of character, although her continued use of the word ‘female’ when referring to women becomes annoying. Of course montages abound and nobody really wants Creed to be a fighter, but this is why he is such an emotionally rewarding underdog.
As director, Ryan Coogler makes the film light and entertaining, while bringing the emotion of Rocky’s past into play. The film comes in at a whopping 133 minutes long, but is well paced enough for this not to feel like an issue. There is also some clever cinematography and enough going on to keep both die-hard Rocky fans, and those new to the franchise engaged. Coogler allows Jordan to take centre stage for the film – giving him his ‘Whiplash’ moment – but makes sure that the supporting cast also feel like real and relatable people.
In all, ‘Creed’ is a well-rounded, well-paced and engaging boxing film. Jordan has his moment to shine and takes it. The only trouble is that we have not only seen this story before in the Rocky franchise, but in just about every film about a sporting underdog. Still, this new start to the Rocky franchise is engaging, emotional and fits right in with the rest of the films in the series, while kickstarting the franchise for a whole new generation.
RATING: 4/5
Review by Brogen Hayes