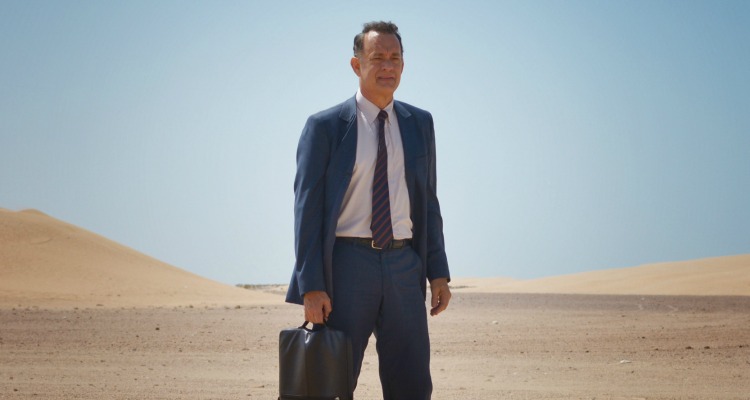 Crazy Schemes in the movies – From ‘OCEANS 11’ to ‘BATMAN BEGINS’

This week, Tom Hanks cooks up a brave and slightly crazy plot to make money in ‘A Hologram for the King’; selling a holographic teleconferencing system to the king of Saudi Arabia.

To celebrate the release of ‘A Hologram for the King’ in Irish cinemas, Movies.ie has taken a look back at some other crazy schemes in the movies. Keep reading to find out more…

OCEAN’S 11
Just as he gets out of prison, Danny Ocean (George Clooney) comes up with an idea to make money fast, while also getting revenge on the man who is dating Tess (Julia Roberts), the love of his life. Danny’s plan is simple, but daring; take down three Las Vegas casinos on a fight night, when they have the most money in the vault. To make this plan work, Danny needs the help of 10 of his most roguish and criminally inclined friends.

Robbing a casino may seem like a relatively simple idea, but anyone who has ever been to a casino knows that the security is more than a little tight, so while Danny’s plan for revenge may be simple in theory, it is also daring, brave, complicated and just a little crazy. No wonder he needs so much help to pull it off.

THE SOCIAL NETWORK
In 2003, Mark Zuckerberg (Jesse Eisenberg) decides to take revenge on the girl who just dumped him, by creating a website that allows Harvard students to rate their classmates based on their attractiveness. As we all know, this site evolved into the most used, valuable and money making social networking sites ever; Facebook.

Who would have thought that creating a free website that allows friends to keep contact with one another would have become the worldwide phenomenon and money maker that it is!? This is why Mark Zuckerberg’s plan is risky, brave and just a little bit crazy… Of course, this also is why it works.

TWELVE MONKEYS
Based on the short film ‘La Jetée’, ’Twelve Monkeys’ follows former convict James Cole (Bruce Willis) sent back in time from a devastated future in 2035 to find a cure for the virus that wiped out most of humanity. Of course, the path of time travel rarely runs smoothly, and after he is sent too far back in time, Cole fights to discover the truth about the mission he is sent on.

Anyone who has ever seen a time travel movie knows that anything changed in the past could have a devastating effect on the future, and not always the intended one… Look what happened to Hill Valley in ‘Back to the Future 2’! Wanting to save humanity is admirable, but using time travel is risky, dangerous and perhaps just a little misguided, as Cole’s recurring nightmares throughout the film eventually come true, with shocking effects.

THE WOLF OF WALL STREET
Jordan Belfort (Leonardo DiCaprio) lands a job on Wall Street, and is soon seduced by the sex and drug-fuelled culture that abounded in the 1980s. When he is let go from his job following the Black Monday crisis, Belfort discovers that there is a fortune to be made in penny stocks, if he is willing to do some less than legal trades.

Although Jordan Belfort sees there is a lot of money to be made from scams in the financial world, this scheme is a dangerous one because of its illegality, and the volatility of the stock market. Belfort takes a risk to make money and while it soon pays off, the threat of financial disaster constantly looms over him. Gambling with such large amounts of money is certainly crazy, especially when being caught could land Belfort in prison.

BATMAN BEGINS
After the man who murdered his parents is released from prison, Bruce Wayne (Christian Bale) vows to kill him, but is beaten to the punch. After this, Wayne travels the world learning new skills from Henri Ducard (Liam Neeson) and the League of Shadows. When Wayne learns that the League intends to destroy Gotham City, believing it to be corrupt and beyond saving, he returns home and takes on the role of the masked vigilante; Batman.

Over the years there have been many superheroes created, but many of them have superpowers thanks to radioactive spiders, mutations in their genes or simply being aliens. Bruce Wayne has plenty of training, but no superhuman powers; so taking on the might of The League of Shadows as a mere mortal seems like certain death. Bruce Wayne has the courage of his convictions though, and fights his way to victory.

‘A Hologram for the King’ is released in Irish cinemas on May 20th 2016. Watch the trailer below…