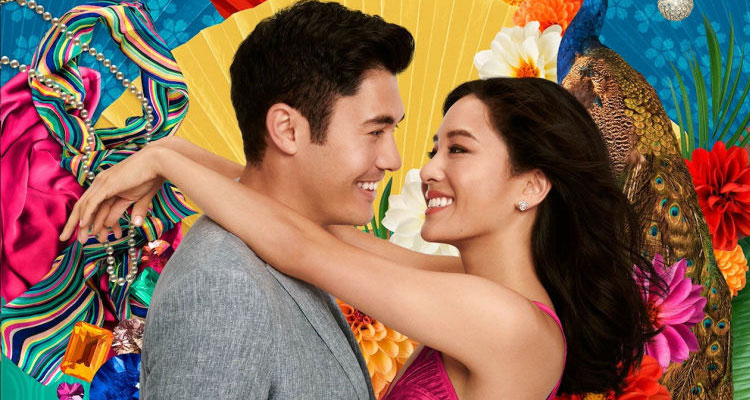 Opening in Irish cinemas this week, CRAZY RICH ASIANS is a new comedy currently taking the world by storm. Based on the best selling book the story follows New Yorker Rachel Chu (Constance Wu) as she accompanies her longtime boyfriend, Nick Young (Henry Golding), to his best friend’s wedding in Singapore. Excited about visiting Asia for the first time but nervous about meeting Nick’s family, Rachel is unprepared to learn that Nick has neglected to mention a few key details about his life.

What drew you to direct CRAZY RICH ASIANS?
Several years ago, my sisters, mom, aunt and uncles all emailed me that I had to read this book CRAZY RICH ASIANS. And that I would then have to make it into a movie.  I read and loved the novel, but I was in the middle of directing a movie. Two years after that, my sister reminded me about CRAZY RICH ASIANS.  I discovered that Nina Jacobson and Brad Simpson, two producers who I really looked up to, had the movie rights to the book.

At the same time, I knew I had to direct CRAZY RICH ASIANS because I was at a point in my career where I was looking for something more personal.  I had always put my Asian heritage to the side because I just wanted to be a filmmaker.  But at the same time, there was this whole revolution happening on social media about not “whitewashing” movies – casting Caucasians in Asian roles – and Constance Wu was one of the leaders of this movement, with her television series ‘Fresh off the Boat’.  It really inspired me.  I was in a position where I could now ask a movie studio to finance a movie like this.

I think this is chapter two of my career and it flips a page for me. I was proud to find and cast the most talented Asian actors from all around the world.  It opened my eyes for sure.

How did you approach the casting of CRAZY RICH ASIANS?
That was a learning experience for me. We cast a big net, with casting directors in Vancouver, New York, London, Australia, Hong Kong, Beijing, Malaysia and Singapore.  It was a huge undertaking.  I went to actors I instinctually thought were funny or interesting to watch.  We got the pick of the litter and an all star cast for our movie. So, all those different parts just really came together.

You worked hard to flesh out the characters.  What are your thoughts about Rachel?
I related most to Rachel because she, like me, was an Asian-American going to Asia for the first time and experiencing these feelings of being torn between two worlds. It was also the feeling of being very much at home and finding this new side of me.  It was a very collaborative effort to make sure that we got those things in the film. In the book, Rachel was one of the less colorful characters and everybody else was very flashy. But for our movie, we needed her to be the most interesting character.  My view was that the story was about her journey, the rise of the dragon inside her, and this birth of her new self.

You took a real chance in casting newcomer Henry Golding as Nick.  What were your thoughts at the time?
It’s interesting because Henry was a television host, and usually being a host is not considered proper training for acting, because you are always out in front and always projecting.  Acting is almost the opposite of that. I knew Henry could be comfortable in front of a camera and a crew, but I wasn’t sure he could connect with a story and be in touch with himself, emotionally. What I did see once he started auditioning for us was his natural charm, that he was a gentleman, that, though he was good looking, he didn’t take that seriously, and that he cares about people.  I went on a walk with him at Venice Beach and every two minutes, he would stop and help someone. I was like, “Dude, let’s just go on a walk; stop being so nice!” [Laughs] Henry loves people, which comes from his hosting and traveling the world.  He grew a lot as an actor, from the first day of shooting to the third day, and I knew we had a movie when that happened.

Can you talk about the changes made to the character of Eleanor Young, played by Michelle Yeoh.   In the book, Eleanor judges people from their status and wealth. But before Michelle even agreed to do the movie, she said, “I will not be a villain. I am going to make sure that Eleanor is not an evil person because there is no evil in this story.  I won’t be able to even face my friends if I play her as being evil.”  That was also the voice of my mother and my father in my ear, and I thought that was a valid and important point.

What were some of your more memorable moments on set or in the editing room?
I had carefully planned the big wedding scene, but when I watched Henry, as Nick, look at Constance, as Rachel, and say, “I love you,” it became one of the most powerful scenes in the movie.  They had everyone in tears, even those just watching the monitor, with no accompanying music.

I also loved the wedding scene because all the relationships are captured in one room. That scene is all about love – love that has fallen apart and love that is coming together; love that is forming and love that needs to be fought for.  As much as I had planned that scene, I didn’t know how it would come together and how we would bring to life an enormous wedding, plus these relationships and mounting tension.  When you put together the elements and cast, the magic happens because they are also creating magic. You can almost taste it.

When you start to make a movie, you dig in and you are just in it.  But I remember a few times on set, suddenly watching a scene unfold on screen and thinking, “Oh, I have never seen this before.”  I had a similar reaction when we had preview screenings of the film, and people would come up to me crying and saying that they loved a specific scene.  There was something very powerful about hearing that.

How important was it to film in Asia?
It was very important to film in Asia.  I wanted the audience to go on this trip with us to Singapore. The city has a lot of mixed Asian cultures, it’s very futuristic; it is the city of tomorrow.  It’s a beautiful mix of things that we couldn’t create anywhere else; you have to be there to experience it.  So, we filmed there and in Malaysia, and it worked out really well for us.

Is it true that you are mentioned in the novel?
Yes!  Kevin Kwan knows my cousin, who’s from New York. When I read the novel, I noticed a mention of a Chu family from Cupertino, California.  My family lived about two minutes away from Cupertino.  There is also a passage in the novel that mentions a cousin who directs movies in Hollywood. I remember reading that and thinking that the character being described is a lot like me – but never thinking it could be me.  Later, when we started talking about making the movie, Kevin revealed that he was referring to me.  So, that was one of many unusual things that brought me to this movie and doing it on the biggest stage possible. It was a sign to do whatever it takes to make this movie great, because I was supposed to do it.

CRAZY RICH ASIANS is at Irish cinemas from Sept 14th