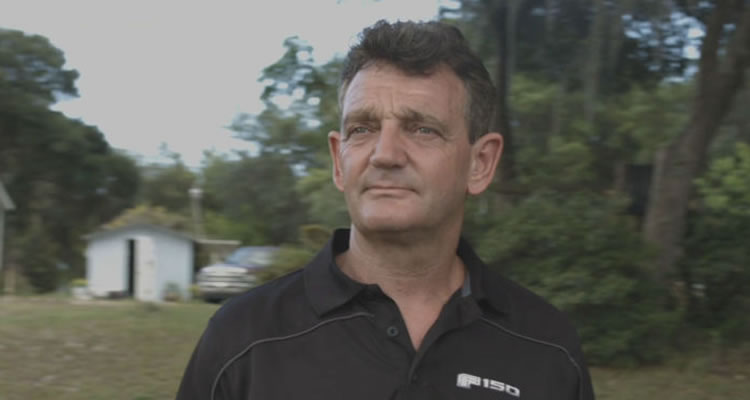 CRASH AND BURN (Ireland/15A/86mins)
Directed by Seán Ó Cualáin.
THE PLOT: “If you don’t make it, no-one gives a s**t”, so says Drogheda man Tommy Byrne who, for a fleeting moment in the 1980s, was the fastest and greatest racing driver in the world, and even made legend Ayrton Senna nervous. The reason why few remember Byrne’s name, however, is down to the fact that even though he went from nothing to driving Formula 1 in just under 4 years, he never manages to break through to the big time.
THE VERDICT: Tommy Byrne, the subject of ‘Crash and Burn’ is an interesting man; blessed with a natural talent for racing driving, his star rose quickly, but his volatile personality, humble background and perceived arrogance meant that none of he big sponsors could stand to work with him for long. It is obvious, as Byrne is interviewed about his truncated career, that this is a man who always had a chip on his shoulder, and this has turned to bitterness as he has got older, a bitterness that Byrne has never truly been able to let go of.
Through interviews with Byrne, Mark Hughes from Motor Sport Magazine, former drivers Calvin Fish and John Watson, Eddie Jordan and childhood friend Maurice Roddy, ‘Crash and Burn’ tells the story of a kid who came from nothing and never managed to play the game and fit into the world he wanted so desperately to be a part of. The story that unfolds is a frustrating one, to be honest, as it is blindingly obvious, when the facts are presented, that Byrne was sabotaged by his inner saboteur, and although it is easy to root for this likeable chancer, he was his own worst enemy.
Director Seán O’Cualáin pieces together a tale of rags to almost riches and back to rags again through archive footage and new interviews, these work well enough, although it seems that Byrne is never truly pushed to reveal what he thought of his own behaviour, and what he could have done differently. As well as this, there are sporadic moments of animation that feel jarring and out of place in the odd moments that they appear. That said, the film is well paced and interesting, although it never truly digs as deep as it could.
In all, ‘Crash and Burn’ is an interesting if superficial look at the story of a man who was sabotaged by himself. Byrne is a charismatic if frustrating subject, but this story has lessons for sports fans and lay people alike. There are problems with ‘Crash and Burn’, but there is an interesting tale at the heart of the film.
RATING: 3/5
Review by Brogen Hayes