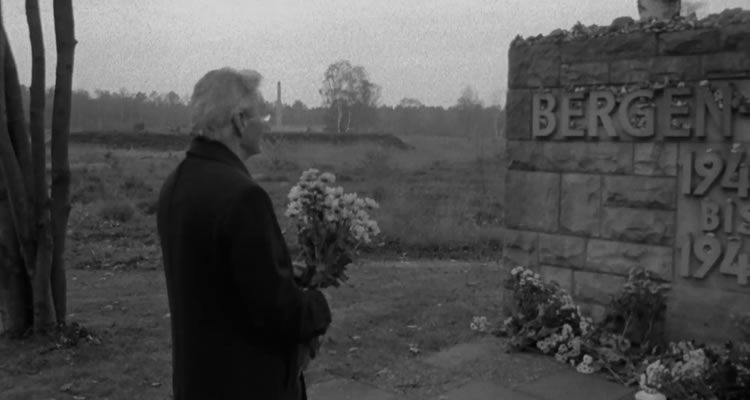 CONDEMNED TO REMEMBER (15A/Ireland/94mins)
Directed by Gerry Gregg. Starring Tomi Reichental.
THE PLOT: Filmmaker Gerry Gregg focuses on Holocaust survivor Tomi Reichental as he celebrates his 80th birthday in a Dublin mosque, and travels the world drawing parallels between the past and present. The past that he survived, and the present that threatens all of us.
THE VERDICT: Reichental was born and spent his childhood in Slovakia, before being taken to a Nazi concentration camp. When he escaped, 35 members of his family had been killed, and he subsequently settled in Ireland to live his life in quietude. It was not until later in his life that Reichental realised the power he had as a survivor, and the obligation he felt to speak out about the terrible parallels he saw between his past and what is happening in the world today, as well as his quest to help to bring SS War Criminal Hilde Michnia to justice.
Tomi Reichental is a fascinating subject for a documentary, a man who mourns the past that so terrible affected him and millions like him, while trying to raise awareness about equality, acceptance and reminding us not to allow what happened to him and his family to happen again. Reichental is both subject and interviewer throughout the film, and although it would be easy for ‘Condemned to Remember’ to be a historical documentary, which only looks backward, it is clear that Tomi Reichental believes there is a lot more to why he feels the need to speak out publicly. The Slovakian genocide of Jewish people is a truth that is not often explored on film, and there are some truly striking and engaging moments as Reichental speaks with people of different nationalities and religions about his experiences. However it is when Tomi turns his eye to the present that the film takes on a passionate and far reaching feel, as Reichental makes clear that the Syrian refugee crisis and the treatment of ‘outsiders’ feels to him, like a repetition of the horrors he survived in his life.
Gerry Gregg’s film feels personal, political and an important reminder to audiences that the past is part of the present. Tomi Reichental feels he is condemned to remember the past that so greatly damaged him and millions of others, and the film makes sure to tell audiences that we are all responsible for protecting vulnerable people, and not turning a blind eye. That said, however, there are times when ‘Condemned to Remember’ feels a little disjointed, and not always cohesive in the story, and the comparison it is trying to make. That said, there are plenty of emotional moments throughout the film, and it is difficult not to come out of the cinema thinking about the state of the world today.
In all, ‘Condemned to Remember’ is a little messy and incoherent at times, but Tomi Reichental and his experiences are not only emotionally engaging, but the paralells he draws between that has happened in the world and what is happening today is a powerful message. A clearer vision for the film, however, could have led to a more coherent and cohesive feel.
RATING: 3.5/5
Review by Brogen Hayes