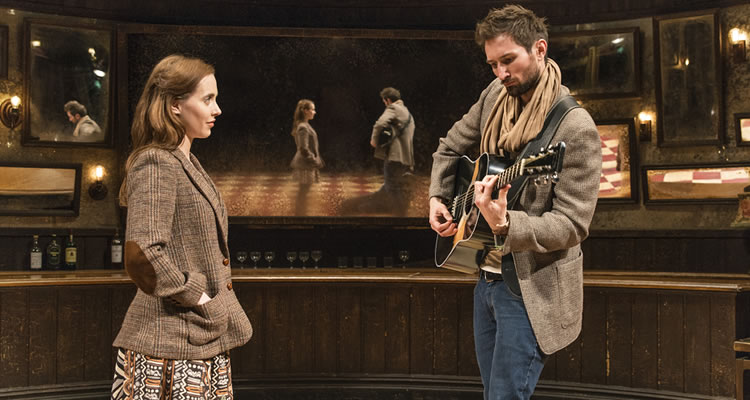 Competition : Win tickets to ONCE – The Musical

ONCE delighted audiences upon its cinema release, the surprise Irish film went on to become an award winning musical and played to thousands of fans around the world. The show makes its way to Dublin’s Olympia theatre this month and to celebrate we have tickets to giveaway. Keep reading for your chance to enter.

ABOUT ONCE
Set in Dublin, ONCE is the smash-hit, award-winning musical that has captured hearts around the world with its touching love story, glorious music and irresistible humour. It’s a celebration of music, love, and the city that inspired it. Now it’s coming home. Based on the much-loved movie of the same name, written and directed by John Carney, the musical features music and lyrics by Glen Hansard and Markéta Irglová and a Tony award-winning book by Enda Walsh.  The multi-award-winning creative team consists of director John Tiffany and designers Bob Crowley, Natasha Katzand Clive Goodwin, with movement by Steven Hoggett and musical supervision and orchestrations by Martin Lowe.

Winner of eight Tony Awards – including Best Musical – two Olivier Awards and a Grammy Award for Best Musical Theatre Album, the show features all of the magical songs from the original film, including the Oscar-winning Falling Slowly. The stunning music is performed by an extraordinary cast of actor-musicians, who sing, dance and play their hearts out live on stage.

Once will play for the summer at the Olympia Theatre, one of Dublin’s most historic and best-loved theatres. Situated opposite Dublin Castle in the heart of the city, it first opened its doors as Dan Lowrey’s ‘The Star of Erin’ Music Hall in 1878. The theatre was remodeled and reopened in 1897, and since then it has played host to legendary music gigs in addition to theatre shows.

Once is set in a bar – the New York Times called it ‘the kind of pub where people come to lose themselves in song as well as drink’ – and a unique part of the experience is the pre-show entertainment, where audience members are invited on stage and can have a drink at the bar as the cast rip into what feels like an impromptu session.

Once is an exhilarating, multi-award-winning musical about seizing life, chasing love and finding joy in making music. It will be a very special experience to see it in its native Dublin.

WATCH THE TRAILER FOR ONCE

ENTER THE COMPETITION
To be in with a chance of winning two tickets to ONCE for you and a friend just answer the following easy question.
Q: What famous Dublin theatre is playing host to ONCE this month? 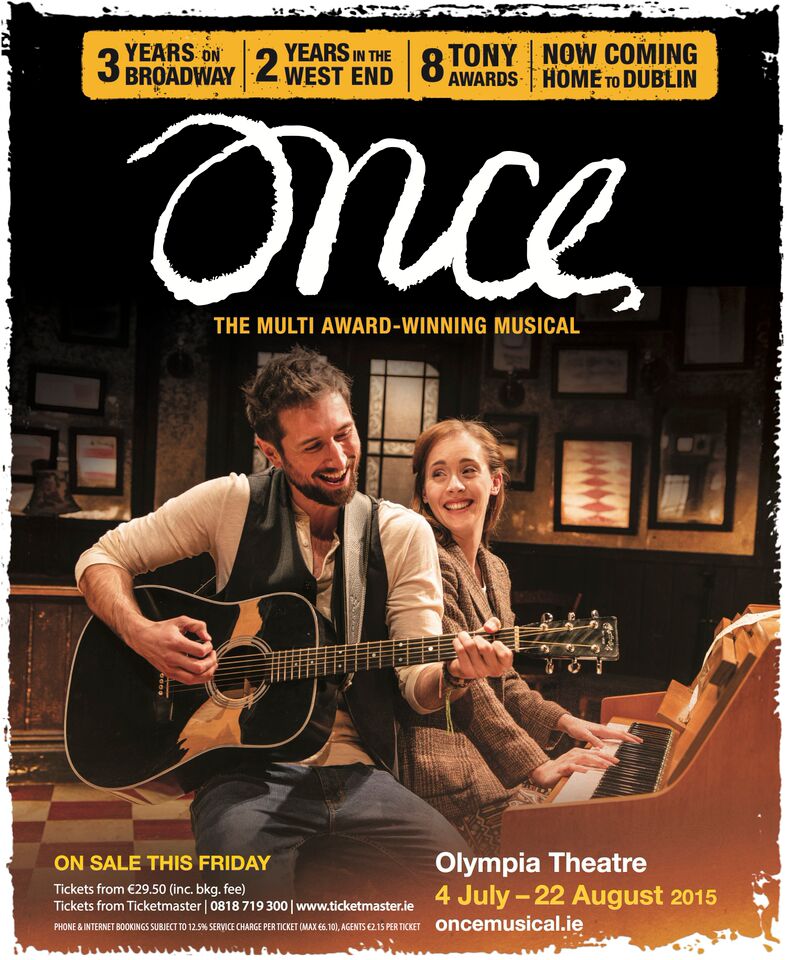