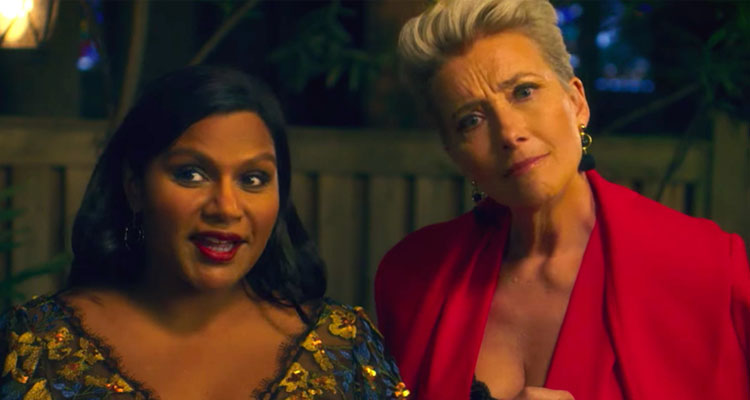 COMPETITION – Win tickets to a preview of LATE NIGHT

LATE NIGHT is the new movie starring Oscar winning actress Emma Thompson which opens in Irish cinemas on June 7th but lucky readers can win tickets to see the film early at a special preview screening in Dublin on Thursday May 23rd. Keep reading for your chance to win tickets. 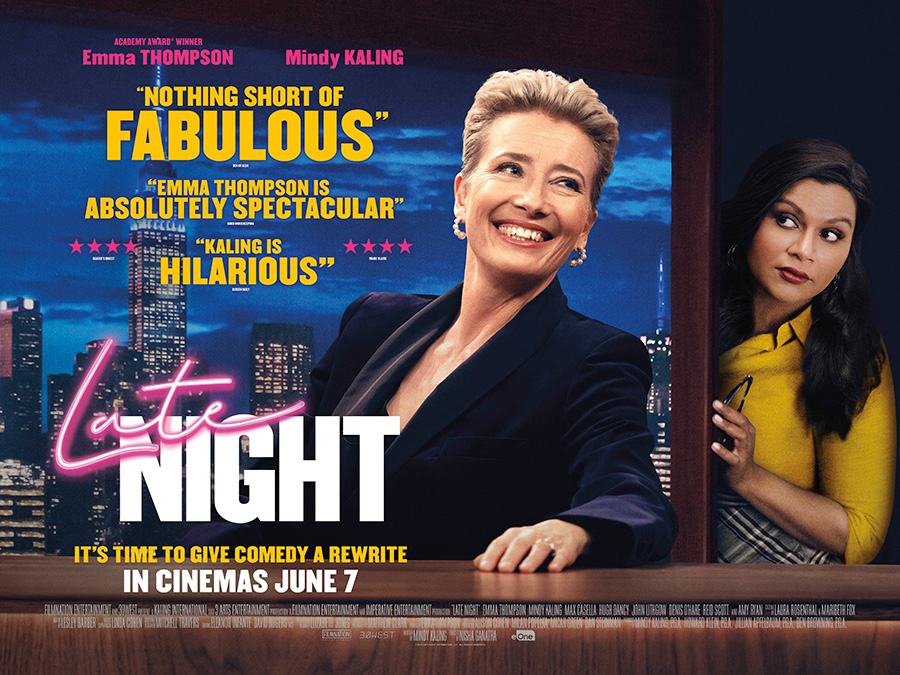 ABOUT THE MOVIE
After almost 30 years, a groundbreaking talk-show host suspects she may soon be losing her coveted seat on late-night television unless she manages a game-changing transformation in LATE NIGHT, the first feature film from Emmy-nominated writer and producer Mindy Kaling.

Legendary talk-show host Katherine Newberry (Oscar® winner Emma Thompson) is a pioneer in her field. The only woman ever to have a long-running program on late night, she keeps her writers’ room on a short leash ― and all male. But when her ratings plummet and she is accused of being a “woman who hates women,” Katherine puts gender equality on her to-do list and impulsively hires Molly Patel (Mindy Kaling), a chemical plant efficiency expert from suburban Pennsylvania, as the first and only female on her writing staff.

With rumors swirling that Katherine is being replaced by a younger, hipper male host, she demands that the writers make her funny and relevant again. A lifelong fan, Molly is determined to prove she’s not just a diversity hire, but the one person who can turn her idol’s career around. Going against everything Katherine has staked her reputation on, she urges her to make the show more contemporary, authentic and personal, a move that could make Molly’s career ― or send her back to the chemical plant for good.

ENTER THE COMPETITION
To be in with the chance of winning two tickets just answer the following easy question.
Q: What Oscar winning actress plays the role of Katherine Newberry in LATE NIGHT? (Clue – the answer can be found above)

LATE NIGHT is at cinemas from June 7th.