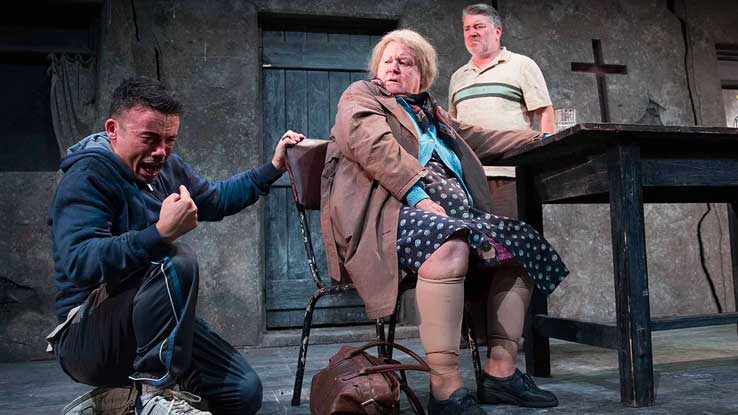 We’re big fans of Martin McDonagh here at Movies.ie, his scripts have given us some of the finest movies of recent years including ‘Three Billboards Outside Ebbing Missouri’, ‘In Bruges’ and ‘Seven Psychopaths’. This month, Dublin audiences can catch a production of his acclaimed play ‘A Skull in Connemara’ at The Olympia Theatre, to celebrate we have a number of tickets to giveaway. Keep reading for your chance to enter.

A Skull in Connemara: Strange rumours have begun to surface about the local gravedigger, Mick Dowd, rumours about his involvement in the sudden death of his late wife seven years earlier. Enter a cast of nosey neighbours, a troublesome teenager, and an ambitious Guard to set the scene for a brilliant black comedy by master playwright, Martin McDonagh.

Speaking of the announcement today Pat Shortt said, ‘I have previously worked with Martin McDonagh on The Lonesome West in 1998 with Druid Theatre Company touring Ireland, The Cripple of Inishmaan in 2014 with The Michael Grandage Theatre Co. on the West End stage in London and On Broadway (NYC) the following year. I am hugely excited to work once again with Martin on the critically acclaimed A Skull in Connemara with Decadent Theatre Co. Hopefully this time I’ll get it right.’

ENTER THE COMPETITION
To be in with the chance of winning two tickets just answer the following easy question.
Q: Name any movie written by Martin McDonagh?