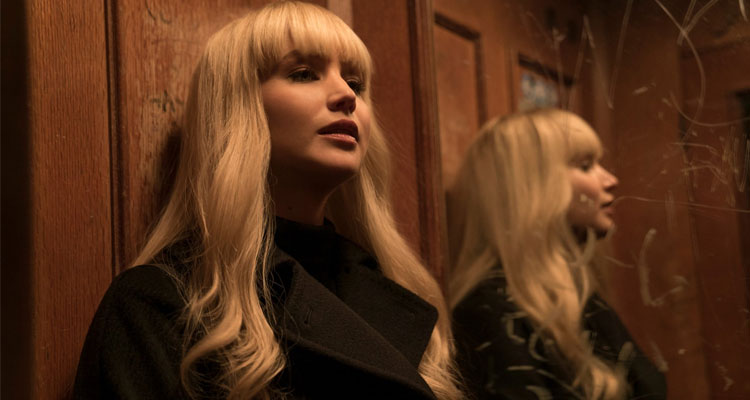 RED SPARROW is the highly anticipated new spy movie starring Jennifer Lawerance opening in Irish cinemas on March 1st. We have tickets to giveaway to a special preview screening happening this Thursday Feb 22 at 6.30pm with a drinks reception from 5.30pm. Keep reading for your chance to win. (Note – you must be over 18 to attend this special screening)

ABOUT THE MOVIE
Dominika Egorova (Jennifer Lawrence) is drafted against her will to become a “sparrow,” a trained seductress in the Russian security service. Dominika learns to use her body as a weapon, but struggles to maintain her sense of self during the dehumanizing training process. Finding her power in an unfair system, she emerges as one of the program’s strongest assets. Her first target is Nate Nash (Joel Edgerton), a CIA officer who handles the agency’s most sensitive infiltration of Russian intelligence. The two young operatives fall into a spiral of attraction and deception, which threatens their careers, allegiances and the security of both countries. Based on the book by former CIA officer Jason Matthews, “Red Sparrow” reunites Jennifer Lawrence with her “Hunger Games” director, Francis Lawrence with Joel Edgerton, Matthias Schoenaerts, Charlotte Rampling, Mary-Louise Parker and Jeremy Irons rounding out the cast.

RED SPARROW is at Irish cinemas from March 1st

ENTER THE COMPETITION
To be in with the chance of winning just answer the following easy question.
Q: What actress plays the leading role of Dominika Egorova in RED SPARROW? (Note – you must be over 18 to attend this special screening)

RED SPARROW is at Irish cinemas from March 1st