FREE STATE OF JONES is the new historical epic based on the true story of Newt Knight starring Matthew McConaughey, it opens in Irish cinemas on September 30th but lucky readers can win tickets to a special preview screening on September 22nd in Movies @ Dundrum…. Keep reading for your chance to win.

ABOUT FREE STATE OF JONES
Written and directed by four-time Oscar® nominee Gary Ross (The Hunger Games, Seabiscuit, Pleasantville), and starring Oscar® winner Matthew McConaughey as Newt Knight. FREE STATE OF JONES is an epic action-drama set during the Civil War, and tells the story of defiant Southern farmer, Newt Knight, and his extraordinary armed rebellion against the Confederacy. Banding together with other small farmers and local slaves, Knight launched an uprising that led Jones County, Mississippi to secede from the Confederacy, creating a Free State of Jones.

ENTER THE COMPETITION
To be in with the chance of winning 2 tickets to FREE STATE OF JONES just answer the following easy question.
Q: Who plays the role of Newt Knight in the movie? (Clue – the answer can be found above) 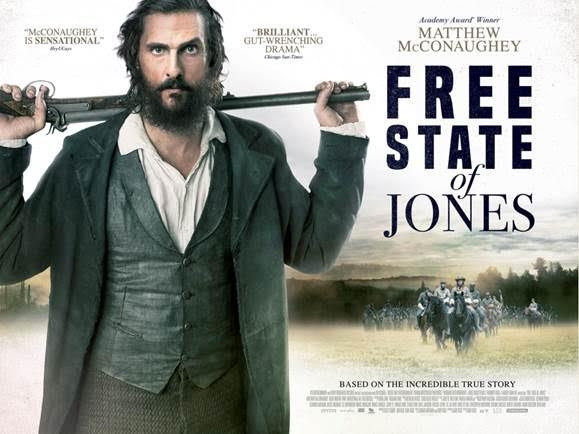