DEMON HUNTER is the exciting new movie from Irish director Zoe Kavanagh, it opens in selected Irish cinemas on June 6th but lucky readers can win tickets to a special screening on the opening weekend.. keep reading for your chance to win.

ABOUT DEMON HUNTER
‘Demon Hunter’ stars Niamh Hogan (Don’t Listen) as Taryn Barker, whose dark journey with the supernatural involves avenging the rape and murder of her sister, surviving a deadly possession and becoming trained to fight evil by a team of demon hunters.

When she is detained by police years later in connection with the murder of a man she believes to be a demon, the tables turn as Detective Beckett (Alan Talbot) asks for her help in rescuing his own daughter from a demonic cult. Running against the clock, Taryn must venture into the darkest depths of the city to save Beckett’s daughter and prevent a potential Hell on Earth.

DEMON HUNTER will be screened at the Gate Cinema, Movies @ Swords and Dundrum on June 6th and other venues to be announced shortly . 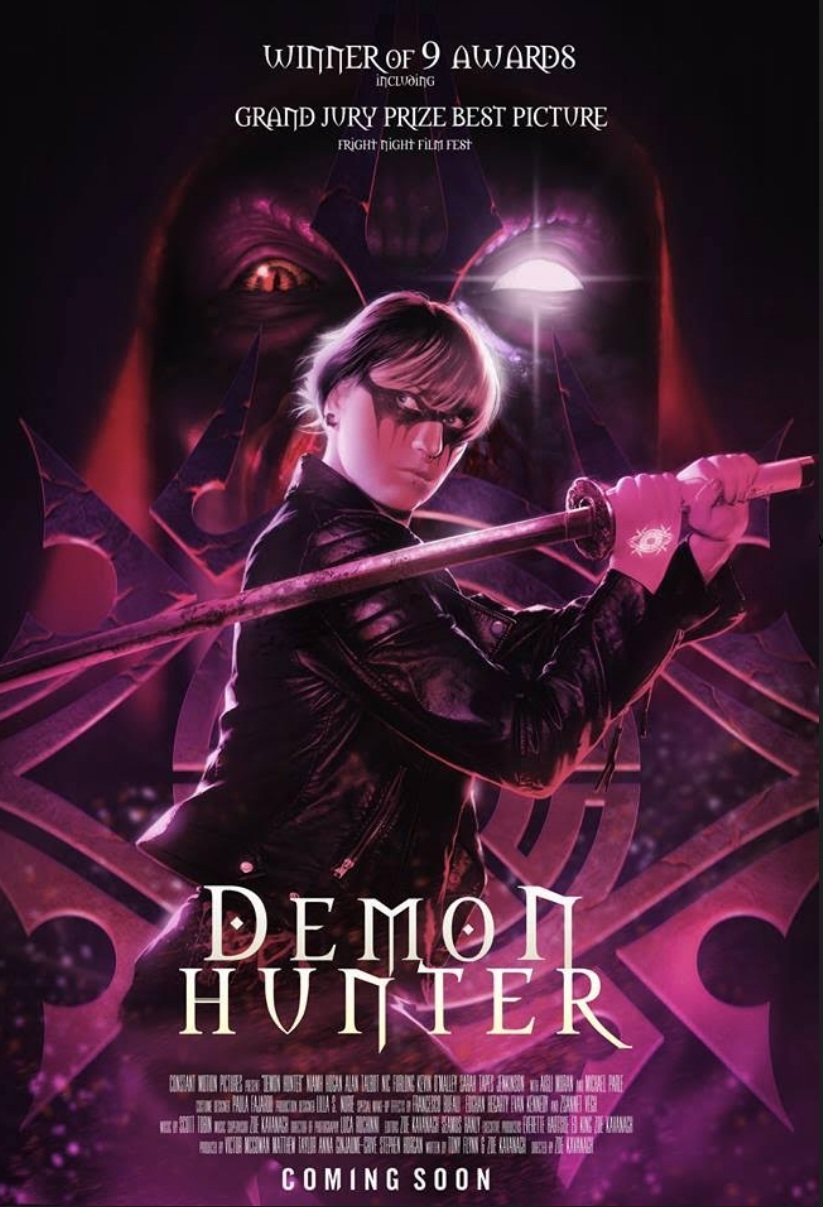 ENTER THE COMPETITION
To be in with the chance of winning two tickets to the preview of DEMON HUNTER just answer the following easy question.
Q: Who is the Irish director of DEMON HUNTER?

DEMON HUNTER will be screened at the Gate Cinema, Movies @ Swords and Dundrum on June 6th and other venues to be announced shortly .