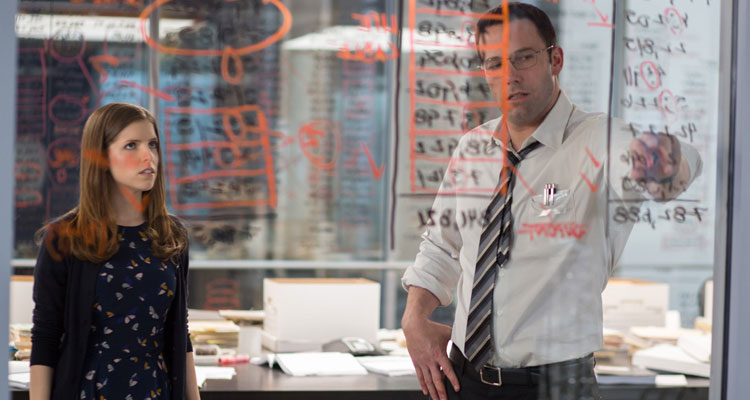 THE ACCOUNTANT is the superb new action thriller starring Oscar winner Ben Affleck. Warner Bros. Pictures have teamed up with Movies.ie to give you the chance to win tickets to a Special Preview Screening on Thursday the 3rd of November in Omniplex Rathmines. Keep reading for your chance to win two tickets.

Christian Wolff (Affleck) is a math savant with more affinity for numbers than people. Behind the cover of a small-town CPA office, he works as a freelance accountant for some of the world’s most dangerous criminal organizations. With the Treasury Department’s Crime Enforcement Division, run by Ray King (J.K. Simmons), starting to close in, Christian takes on a legitimate client: a state-of-the-art robotics company where an accounting clerk (Anna Kendrick) has discovered a discrepancy involving millions of dollars. But as Christian uncooks the books and gets closer to the truth, it is the body count that starts to rise.
“The Accountant” also stars Oscar nominee Anna Kendrick (“Up in the Air,” the “Pitch Perfect” films), Oscar winner J.K. Simmons (“Whiplash,” the “Spider-Man” films), Jon Bernthal (“Fury,” “The Wolf of Wall Street”), Jean Smart (TV’s “Fargo,” “24”), and Cynthia Addai-Robinson (“Star Trek: Into Darkness”), with Jeffrey Tambor (TV’s “Transparent,” “The Hangover” films) and two-time Oscar nominee John Lithgow (“Terms of Endearment,” “The World According to Garp”).

O’Connor directed the film from a screenplay by Bill Dubuque (“The Judge”). The film was produced by Mark Williams and Lynette Howell Taylor, with O’Connor, Jamie Patricof and Marty Ewing serving as executive producers. 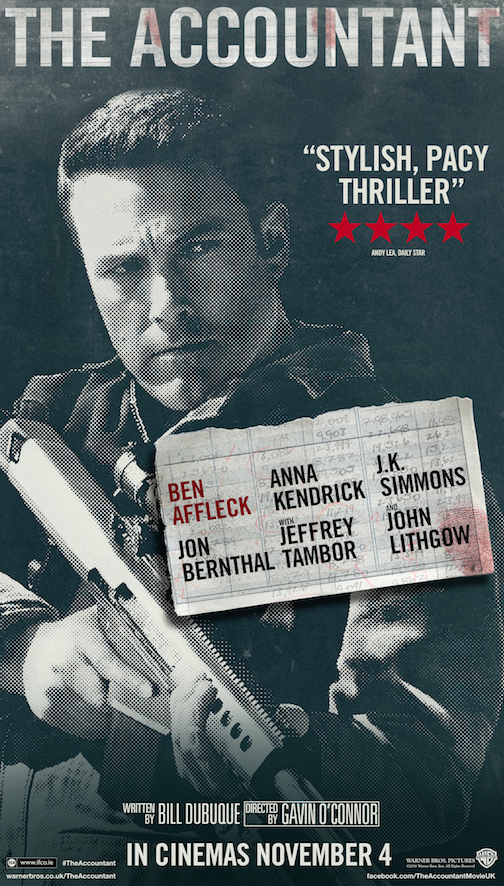 The Accountant, Cert 15A, will be released in Irish cinemas on November 4th.

ENTER THE COMPETITION
To be in with the chance of winning 2 tickets to the preview just answer the following easy question.
Q: In THE ACCOUNTANT, this actress and musical artist stars as Dana, an accounting clerk for a state-of-art robotics company. You may know her from her performances in the Pitch Perfect films or her Oscar-nominated performance opposite George Clooney in Up in the Air.
Name the actress:

THE ACCOUNTANT opens in Irish cinemas on Nov 4th