To celebrate the release of THE GALLOWS in Irish cinemas we have exclusive goodie packs to give away.
Each goodie pack contains the following Notebooks, Journals, movie T-shirts and Locker Mirrors.
Keep reading for your chance to win.

ABOUT THE GALLOWS
Twenty years after an accident caused the death of the lead actor during a high school play, students at the same small town school in Beatrice, Nebraska resurrect the failed stage production in a misguided attempt to honour the anniversary of the tragedy—but ultimately find out that some things are better left alone.  The film stars Reese Mishler (the web series “Youthful Daze”), Pfeifer Brown (upcoming “My Many Sons”), Ryan Shoos (“As Night Comes”) and Cassidy Gifford (“God’s Not Dead”), under the direction of Chris Lofing and Travis Cluff, who also wrote the screenplay. Jason Blum (“Ouija,” the “Paranormal Activity” “Insidious” and “Sinister” franchises), Entertainment 360’s Guymon Casady (TV’s “Game of Thrones,” “Steve Jobs”), Dean Schnider (upcoming “Shovel Buddies,” “Hachi: A Dog’s Tale”), and Benjamin Forkner (“The Killing Room”), and Lofing and Cluff produced the film. Dave Neustadter, Walter Hamada and Couper Samuelson served as executive producers.

ENTER THE COMPETITION
To be in with a chance of winning an exclusive goodie bag from THE GALLOWS just answer the following easy question.
Q: What small town in Nebraska is THE GALLOWS set? (clue – the answer can be found above) 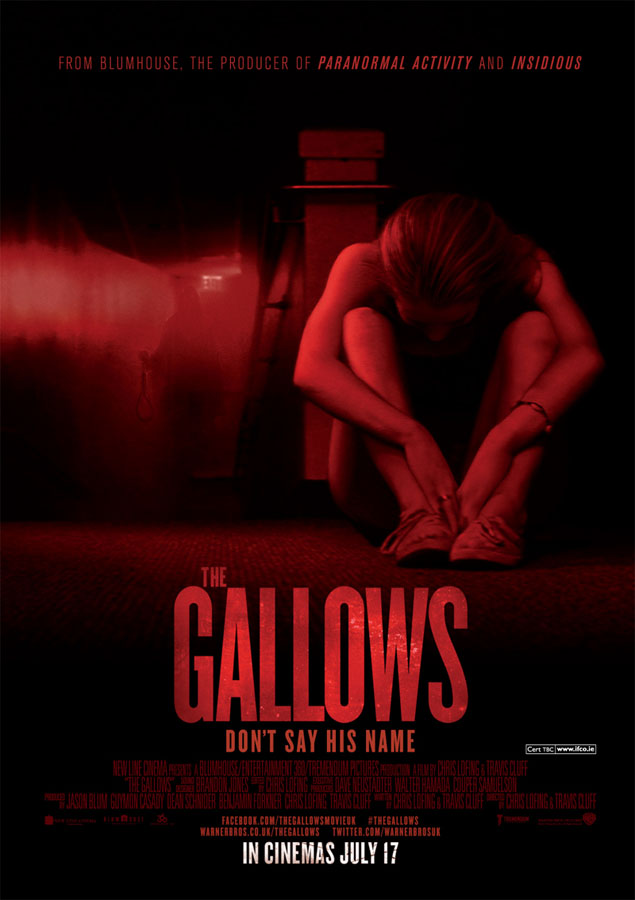 THE GALLOWS is now showing in Irish cinemas