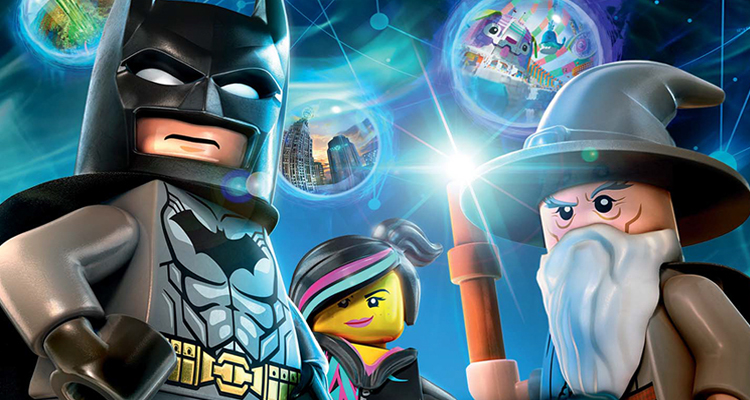 Warner Bros. Interactive Entertainment have just released an exciting new gaming experience, LEGO Dimensions, which allows players to expand their imaginations beyond traditional gaming boundaries to combine LEGO brick building and interactive console gameplay. To celebrate this new gaming venture, we are giving one lucky winner a chance to get their hands on one of these amazing LEGO Dimensions Starter Packs. Keep reading for your chance to win!

When a mysterious and powerful vortex suddenly appears in various LEGO® worlds, different characters from DC Comics™, The Lord of the Rings™ and The LEGO® Movie are swept away.   To save their friends, Batman™, Gandalf™ and Wyldstyle™ bravely jump into the vortex and quickly find themselves fighting to save all of LEGO® humanity.  , LEGO Dimensions will allow players to not only experience worlds based on DC Comics ™, The Lord of the Rings™, The LEGO Movie™ LEGO Ninjago™, Back to the Future™, The Wizard of Oz™, Scooby-Doo! ™, LEGO Chima™, Doctor Who, Jurassic World™, Ghostbusters™, The Simpsons™, Portal™ and Midway Arcade ™, but also combine different characters and re-buildable vehicles and gadgets from these worlds in any way that they choose – there are no rules. Imagine Kai, the Ninjago ninja, driving the Mystery Machine through Metropolis or Legolas battling ghosts alongside Homer Simpson in New York!

WHAT’S INCLUDED?
The LEGO Dimensions Starter Pack includes the videogame, bricks to build the LEGO Gateway, three LEGO Minifigures including Batman, Gandalf and Wyldstyle, plus the LEGO Batmobile, and the revolutionary LEGO Toy Pad. The Toy Pad allows players to transport LEGO Dimensions minifigures and models into the game, as well as control in-game action and solve puzzles by moving the physical toys.  Plus, every LEGO vehicle and gadget in LEGO Dimensions can be physically rebuilt twice, for a total of three different objects, each with unique in-game abilities, which adds massive variety to the gameplay.

Build the minifigure heroes and fire-up the game to start the experience, then follow the in-game build instructions to assemble the loose bricks into the LEGO® Gateway, and place the structure on the LEGO® Toy Pad. Expand the adventure by collecting more minifigures, vehicles, gadgets, and new levels with the purchase of three different types of expansion packs. Use whatever minifigure with whichever vehicle or gadget – go ahead… break the rules!

LEGO Dimensions is out now and is available for Xbox One, Xbox 360, PlayStation®4 and PlayStation®3 computer entertainment systems and Nintendo´s Wii U™ System.

WHERE TO BUY
LEGO Dimensions is available in Ireland in select Smyth’s Toys, Gamestop and XtraVision/HMV stores. Subject to availability, while stocks last. 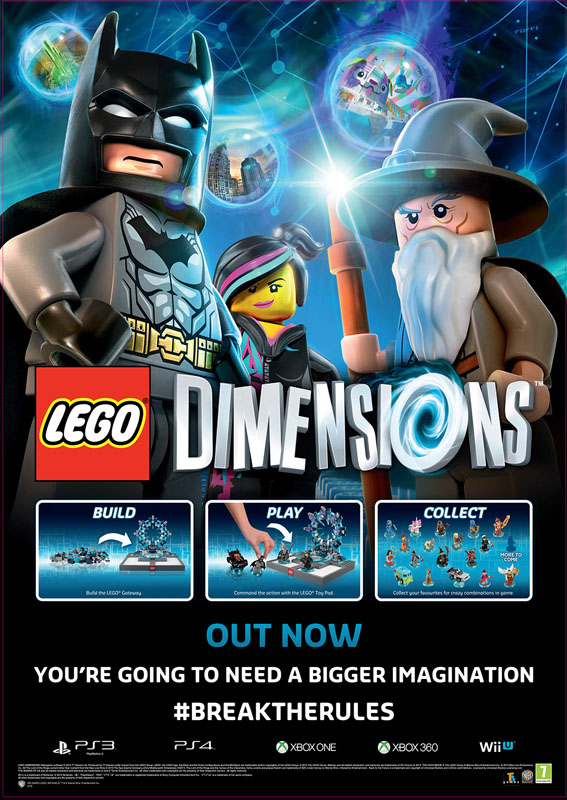 ENTER THE COMPETITION
To be in with the chance of winning just enter your details below. One lucky winner will be chosen at random to receive a LEGO Dimensions Starter pack.