To celebrate the release of Den of Thieves in Irish cinemas on February 2nd, we have 5 packs of cool merchandise to give away. Each merchandise pack includes: A kit bag / Hooded top with string tie / Face mask with skull logo / A fish eye lens (to attach to camera phone). Keep reading for your chance to win… 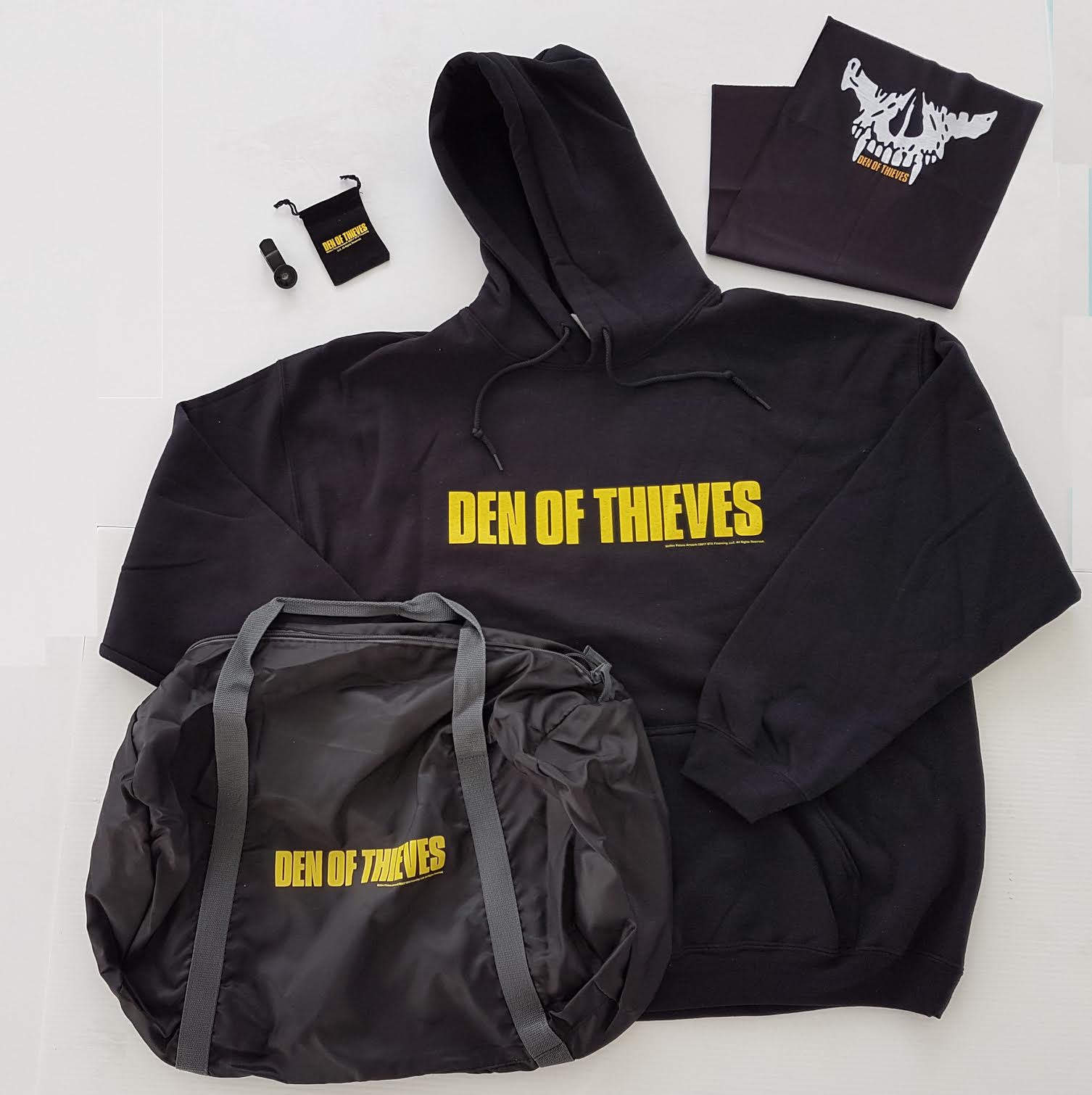 ENTER THE COMPETITION
To be in with the chance of winning just answer the following easy question.
Q: Who is the director of DEN OF THIEVES? (Clue – the answer can be found above)

Den of Thieves is released in Irish cinemas on 2nd February 2018, cert 15a.