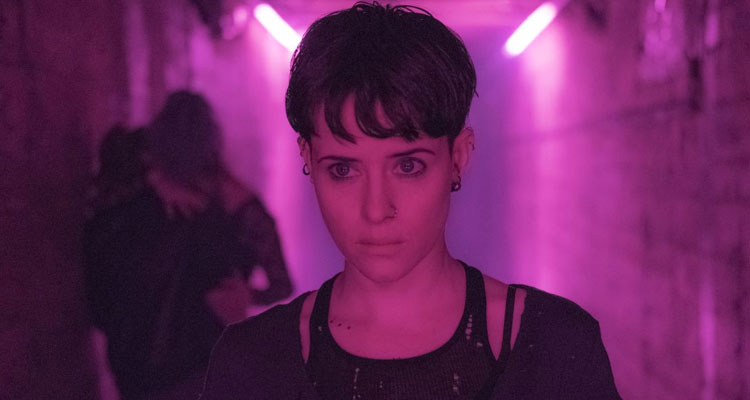 COMPETITION – Win merchandise from THE GIRL IN THE SPIDER’S WEB

Claire Foy plays cult figure Lisbeth Salander in The Girl in the Spider’s Web opening in cinemas this week (November 21st). To celebrate the release of this thrilling adventure, we have 3 packs of limited edition merch from the movie up for grabs.

ABOUT THE MOVIE
Lisbeth Salander, the cult figure and title character of the acclaimed Millennium book series created by Stieg Larsson, will return to the screen in The Girl in the Spider’s Web, a first-time adaptation of the recent global bestseller written by David Lagercrantz.  Golden Globe winner Claire Foy, the star of “The Crown,” will play the outcast vigilante defender under the direction of Fede Alvarez, the director of 2016’s breakout thriller Don’t Breathe; the screenplay adaptation is by Steven Knight and Fede Alvarez & Jay Basu. The Girl in the Spider’s Web is the most thrilling Lisbeth Salander adventure yet, featuring the definitive portrayal of the character by Claire Foy, and it hits Irish cinema screens tomorrow.

ENTER THE COMPETITION
To be in with the chance of winning just answer the following easy question.
Q: Who plays cult figure Lisbeth Salander in The Girl in the Spider’s Web?