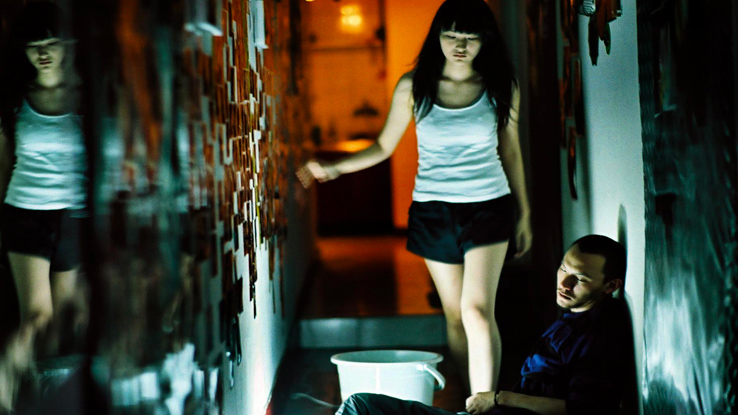 The East Asia Film Festival launches on Thursday, April 5th at the IFI and to celebrate we have tickets to giveaway to a special screening of Hou Hsiao-Hsien’s Three Times on Saturday 7th at 17.15. The screening will be followed by a Q&A with cinematographer Mark Lee Ping-Bing. Keep reading for your chance to enter.

ABOUT THE FESTIVAL
For its second edition, the East Asia Film Festival Ireland presents four days of compelling films from China, Hong Kong, Japan, Singapore, South Korea and Taiwan, and is honoured to welcome acclaimed cinematographer Mark Lee Ping-Bing, long-time collaborator of Hou Hsiao-Hsien and other masters of Asian cinema.

The festival offers rare screenings of five films spanning Mark Lee’s career: In the Mood for Love, Springtime in a Small Town, Three Times, his latest work Seventy-Seven Days, plus a documentary portrait of the man himself, Let the Wind Carry Me. A Masterclass on Saturday 7th, moderated by cinematographer Tim Fleming ISC, will look at the work and career of Mark Lee, his innovations in filming in natural and low-light conditions, and the central, collaborative role of the cinematographer with the director.

Commenting on this year’s slate, the festival’s Artistic and Programming Director Marie-Pierre Richard said, ‘We are delighted to welcome our guest of honour Mark Lee Ping-Bing, a celebrated cinematographer and an intrinsic part of East Asian cinema for more than 30 years. Our programme which includes several Irish premières offers exciting glimpses into the richness and diversity of the cinema of East Asia.’

The festival officially opens on Thursday, April 5th with a screening of Wong Kar-Wai’s In the Mood for Love, an atmopsheric masterpiece that depicts the lives of two neighbours who learn over time that their spouses are having an affair. Springtime in a Small Town, directed by Tian Zhuangzhuang, is a remake of Fei Mu&#39;s 1948 classic and is an intimate account of a love triangle, while Three Times, made twenty years after Mark Lee Ping-Bing’s first collaboration with Hou Hsiao-Hsien, is a beautiful trilogy of love stories that follows a pair of lovers across three distinct time periods. Seventy-Seven Days, the first Chinese-language ‘extreme adventure film’, follows a man determined to cross the desolate uninhabited region of Qiang Tang with just a bike, a tent and basic provisions. Each of these screenings will be followed by a Q&amp;A with cinematographer Mark Lee Ping-Bing.

The festival will also include Irish première screenings of two new films from Hong Sang-Soo: On the Beach at Night Alone and Claire’s Camera starring Isabelle Huppert. The multi-award winning The Great Buddha+, and Ai Weiwei’s migration crisis documentary, Human Flow, will also feature, while the festival will close on Sunday 8th with the Irish première of Ramen Shop, the latest film from Singapore’s award-winning director Eric Khoo. A number of fantastic animated short films will also screen throughout the festival.

ENTER THE COMPETITION
To be in with the chance of winning just answer the following easy question.
Q: What cinema will host this years EAST ASIAN FILM FESTIVAL?