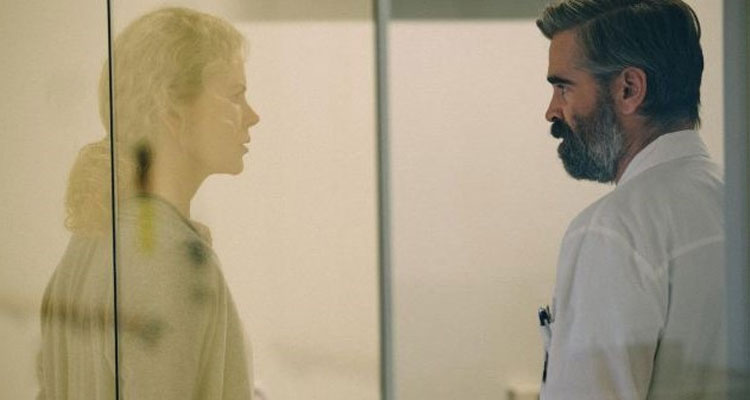 Colin Farrell – Interview for KILLING OF A SACRED DEER

Currently producing some of the best and most diverse work of his career, Colin Farrell again delivers in The Killing of a Sacred Deer, the pitch-black new psychological thriller from Yorgos Lanthimos. This is Farrell’s second time working with the writer/director of The Lobster. Co-starring fellow Dubliner Barry Keoghan, Nicole Kidman and Raffey Cassidy, the movie centres on Farrell’s character, a heart surgeon, and his relationship with a troubled teenager (Keoghan) who, it emerges, has sinister intentions. Widely praised by critics since it won a best screenplay award at Cannes, it opens in cinemas on November 3rd. Movies spoke to Farrell about Lanthimos’s unique style, working with Keoghan and looking forward to some downtime. 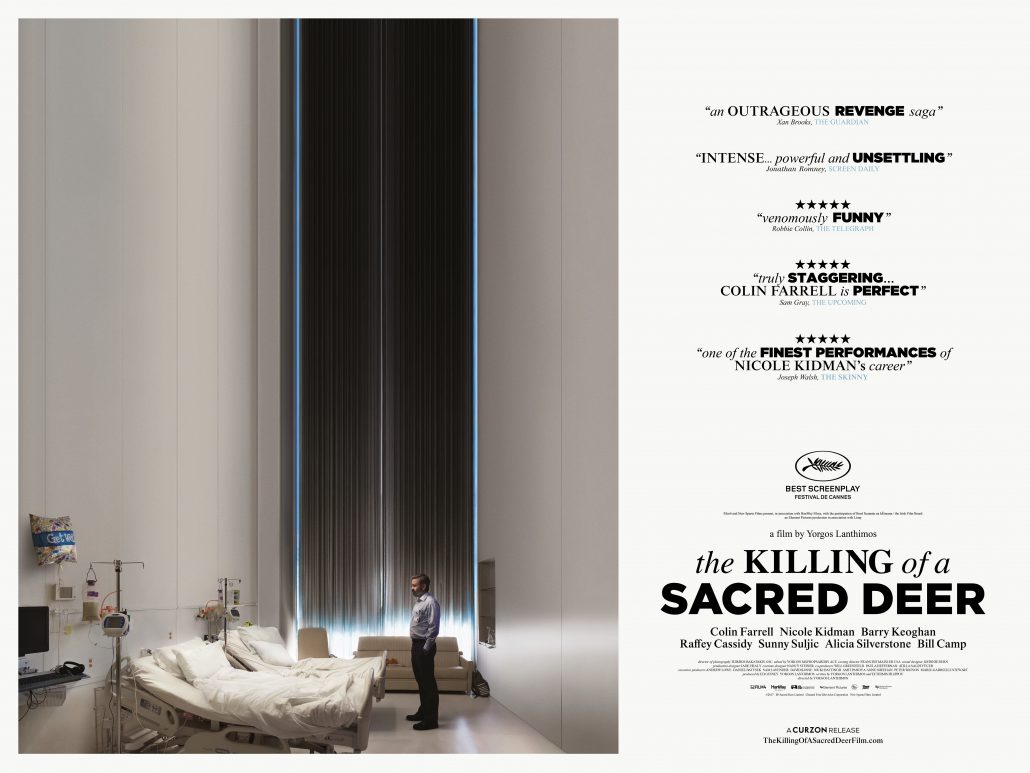 This is your second film with Yorgos Lanthimos, following the success of The Lobster. Does working with a filmmaker for the second time mean there’s a shorthand to how you collaborate?

“I think Yorgos is a big fan of shorthand the first day on the first film you do with him. He’s not one for over-articulating his own thought process in relation to writing script or creating characters within the story. He’s a man of very few words. The words he uses are very concise.

“But I’d a better idea of what to expect from Yorgos the second time. I wasn’t maybe as…I don’t know if I was shocked by how little he was interested in talking about character, back story. I’m used to working with directors who want to talk about scenes more. With him, it’s very concise: ‘Say that faster, say that slower’. It’s more rhythmic.”

Lanthimos’s films seem very ‘other worldly’ in that even though the characters and settings are familiar, the scenarios they face are not. Is that your experience?

“Yorgos’s work which is set in a seemingly more relatable world. There’s a diner, there’s a hospital, it’s modern. There was a hotel in The Lobster. There’s boyfriends and girlfriends, husbands and wives.

“And yet their behaviour, and the way they articulate themselves, and the way they react to each other, is so disconcertingly atypical. So unusual. And it kind of gives you very little reference point in your own experience.

“To his actors I think he offers up the same thing as he does to his audience, which is he just presents you with a set of circumstances, of behaviours, of reactions and a set of what in his world, are realities that are almost not fully recognisable certainly to anything I’ve experienced or behaviours I’ve witnessed in my world. I think a lot of us could say the same seeing his work, and come out going: ‘What the fuck?’”

There has been a huge amount of praise for your fellow Irishman Barry Keoghan’s performance here. Building on his work in Dunkirk it’s turning out to be a spectacular year for him. What was he like to work with?

“He’s a dream. A dream. Love Barry. He’s a good young man and a phenomenally gifted actor. He’s as raw as they come. May he long stay out of acting classes and just be as honest and truthful and resourceful as he is as well.

“He’s doing his thing and he has his life outside of films as well. He’s loving films, he’s watching them, researching them, and he’s made a list of directors he wants to work with. He’s fucking got his eye on the prize, you know? And he’s more than capable of reaching any creative heights that he wants to reach.”

You’ve spoken recently about the poor critical response you received to Alexander and that you were “due a kick in the arse” at that point in your career. What did you mean?

“I’m not even speaking bad about myself back then. I just….I had a lot very quick. And I just tore the arse out of it all. I was trying in my own way to figure out what the fuck it was all about.

“I don’t think I was ever as kind of full of the self-belief that I promoted! It was the promoter that was doing the arse-kicking more than the youngster that was struggling inside.”

You’ve had an exceptionally busy period at work yourself, having filmed Steve McQueen’s (12 Years a Slave) forthcoming film, Widows, and the forthcoming Roman J Israel Esq with Denzel Washington. You’re currently filming Tim Burton’s live-action adaptation of Dumbo for Disney in London. Have you any further projects lined up or is it time for some down time?

“I’ve never had such a clear clean line. I’ve nothing lined up. Work has had me on the road, and I’ve been away now for five months, so it’s just beyond time to get home. I have about a week more in London and then I get home and get to hang out and be dad. Cooking a meal in my own kitchen. Watching a movie with the lads downstairs. Having a swim with the boys. Going for a hike.”