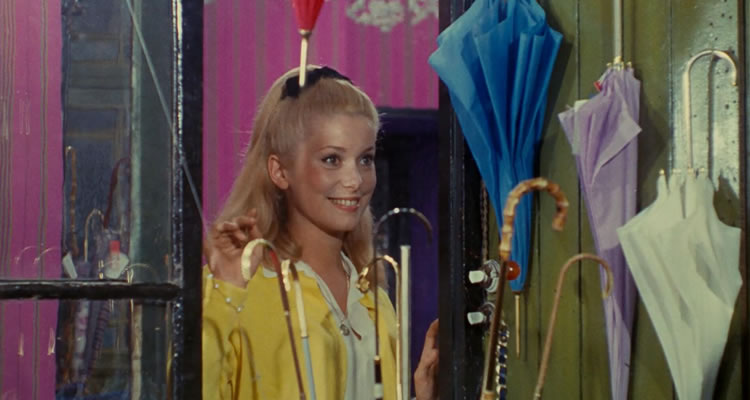 Fresh from winning big at the Golden Globes on Sunday night, ‘La La Land’ is released in Irish cinemas this week. From director Damien Chazelle, the film tells the story of Mia (Emma Stone) and Sebastian (Ryan Gosling), an aspiring actress and a jazz pianist with dreams of opening his own nightclub. After a chance meeting, the two fall in love after they cross one another’s paths time and again. As their dreams become ever closer, their aspirations begin to pull them apart.

Not all that long ago it was claimed that musicals, as a genre, were dead. After a brief rebirth in the late 1990s and 2000s with films such as ‘Dancer in the Dark’ which scooped the Palme d’Or at Cannes, Baz Luhrmann’s energetic and frantic ‘Moulin Rouge’ and Woody Allen’s ‘Everyone Says I Love You’, musicals had been relegated to remakes of stage shows and jukebox musicals – musicals that use existing songs to tell a new story, including ‘Mamma Mia!’, ‘Jersey Boys’ and ‘Rock of Ages’. Happily, the release of ‘La La Land’, a brand new musical with new songs, the seemingly predetermined path of musicals marching toward obsolescence has been changed.

To celebrate the release of ‘La La Land’ in Irish cinemas, Movies.ie has taken a look back at some of the great classic musicals that you need to watch all over again, musicals that influenced ‘La La Land’ and the time that the film is nostalgic for.

The classical musical was about celebrating Hollywood. At the outset film producers were aware of the presence of non-diegetic music in film and were concerned that audiences could be confused as to where the music was coming from, if they could not see its source on screen. This led to the development of the Backstage Musical. The Backstage Musical places characters in situations where dietetic music is made possible. For example, behind the scenes of a stage show, which is how films like ‘42nd Street’ and ‘Footlight Parade’ came to be. ‘La La Land’, and the films that influenced it, is less of a backstage musical and more of a guts out singing show, where songs forward the plot, and allow the characters to express over the top emotion to keep the audience engaged.

THE UMBRELLAS OF CHERBOURG
Released in 1964, ‘The Umbrellas of Cherbourg’ stars Catherine Deneuve and Nino Castelnuovo. The story is that of a love affair between Geneviéve (Deneuve) and Guy (Castelnuovo), which is torn apart by war and tragedy. Often hailed as an example of a timeless classical musical, all of the dialogue of the film is sung – similar in style to an opera – and this, as well as the beautiful cinematography of the film are credited with its popularity.

SINGIN’ IN THE RAIN
Released in 1952 and starring Gene Kelly, Donald O’Connor and Debbie Reynolds, ‘Singin’ in the Rain’ is a musical about the business of making movies. An obvious influence on ‘La La Land’, which is set in present day Hollywood, and ‘The Artist’, which examines similar themes, ‘Singin’ in the Rain’ tells the story of the cast and crew of a silent film studio making the difficult transition to sound. Reynolds and Sinatra shine throughout the film, and as well as the title song, ‘Singin’ in the Rain’ – which was actually from ‘The Hollywood Revue of 1929’ brought us such wonderful songs as ‘Good Morning’ and ‘You Are My Lucky Star’. Many of these songs had already been used on stage and screen, meaning there is an argument to be made that ‘Singin’ in the Rain’ is a very early example of the Jukebox Musical, but although the songs were not strictly created for the film, they have become synonymous with Kelly and Donen’s film. As well as this, ‘Singin’ in the Rain’ is fun, beautiful and full of energy.

AN AMERICAN IN PARIS
Another musical starring Gene Kelly, ‘An American in Paris’ also stars Leslie Caron and Oscar Levant. The story is a classic love triangle, when two friends struggle to find work in Paris, and as they try to find their feet in the city, fall in love with the same woman. ‘An American in Paris’ is famed for the extravagant and beautiful dance sequence that makes up much of the final act of the film, not only showing off Kelly’s dance moves, but also showing the beautiful things that Hollywood can do on screen, and also taking care of the loose ends of the story that needed to be tied up. Musicals starring Gene Kelly often had extended dance sequences in the final act, and although critics may say that these underlined the perceived superficiality of the musical genre, it is clear that while this was a chance for the film and the performers to show off, it was also a chance for musicals as a genre to show that they are as flexible and dynamic as their lead performers. Go back and watch ‘An American in Paris’ and you will see what we mean.

THE BAND WAGON
This 1953 musical stars Fred Astaire, Cyd Charisse and Oscar Levant. Astaire plays Tony Hunter, a Broadway and movie star who fears his career may be in decline. Although he has misgivings about how the play has been changed from tragedy to comedy, he signs on to star in a new production of the play ‘Faust’. Tony feels intimidated by the youth and beauty of his young co-star Gabrielle Gerard (Charisse), but is unaware that she is just as awed by his long standing career and fame.
‘The Band Wagon’ was only a modest success at the time of its release, but has gained a cult following in the years since, and is now considered one of the best musicals to come out of MGM at the height of the golden age of classical Hollywood musicals. The film has since been adapted into a stage how, and Michael Jackson paid tribute to the film’s fight scenes in his music videos for ‘Smooth Criminal’ and ‘You Rock My World’.

THE WIZARD OF OZ
This 1939 film is not only the film that child star Judy Garland is best known for, but it is a great example of how Hollywood adjusted to the use of both sound and colour in films. The film tells the story of Dorothy (Garland) a young girl from Kansas who finds herself transported to the magical land of Oz after she is caught in a hurricane. In order to get back home, Dorothy seeks the help of the Wizard of Oz (Frank Morgan), but in order to get to his castle, she will need the help of some new friends, and to fend off the attacks of the Wicked Witch of the West (Margaret Hamilton).
Once again, ‘The Wizard of Oz’ was only modestly successful at the box office at the time of its release – perhaps because it was fourth big screen adaptation of the story in just 25 years – but the film found a new life on TV, video and DVD. The film is notable for its use of music, Technicolor and unusual characters, and has become an icon of popular culture around the world. Home is a theme that recurs throughout ‘The Wizard of Oz’, and this has obviously been a strong influence on ‘La La Land’, which may lack the fantastical elements of the story, but plays with the notion of home throughout the film.

Honourable Mentions to… ‘High Society’ and ‘The Young Girls of Rochefort’

‘La La Land’ is released in Irish cinemas on January 13th 2017. Watch the trailer below…