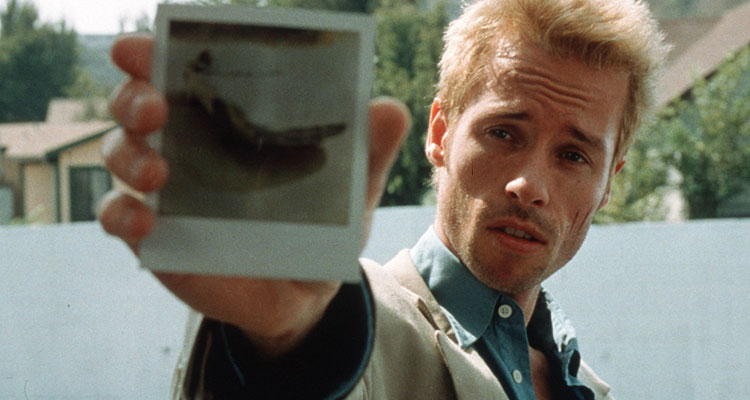 It has been announced that Andrea Iervolino and Monika Bacardi’s AMBI Pictures will finance and produce a remake of Christopher Nolan’s iconic, twist-laden thriller ‘Memento.’

Nolan adapted ‘Memento’ from a short story by his brother Jonathan Nolan titled ‘Memento Mori,’ and the unusual, neo-noir psychological thriller took audiences by storm upon release in 2000 and has since achieved cult hit status with a fervent following.

The original starred Guy Pearce as Leonard, as a man who is struggling to put his life back together after the brutal rape and murder of his wife. The difficulty, however, of locating his wife’s killer is compounded by the fact that he suffers from a rare, untreatable form of memory loss. Although he can recall details of life before his accident, Leonard cannot remember what happened fifteen minutes ago, where he’s going, or why…

‘Memento’ is one of the many films AMBI Pictures picked up when the company acquired the Exclusive Media Group film library, which housed 400 additional critical hits, commercial blockbusters and cult favourites such as ‘Begin Again,’ ‘Cruel Intentions,’ ‘Donnie Darko,’ ‘End of Watch,’ ‘Ides of March,’ ‘Hit & Run,’ ‘The Mexican,’ ‘Parkland,’ ‘Rush,’ ‘Sliding Doors,’ ‘Snitch,’ ‘Undefeated’ and ‘The Way Back,’ to name a few.

Said Iervolino, “’Memento’ has been consistently ranked as one of the best films of its decade. People who’ve seen ‘Memento’ 10 times still feel they need to see it one more time. This is a quality we feel really supports and justifies a remake. The bar is set high thanks to the brilliance or Christopher Nolan, but we wouldn’t want it any other way.”

“Our acquisition of the EMG library reinforced our commitment to build a strong global studio with a strong pipeline of commercial films that can play to a worldwide audience. Bringing a new ‘Memento’ to audiences is an initial example of how we intend to execute this strategy.”

Bacardi added, “’Memento’ is a masterpiece that leaves audiences guessing not just throughout the film, but long after as well, which is a testament to its daring approach. We intend to stay true to Christopher Nolan’s vision and deliver a memorable movie that is every bit as edgy, iconic and award-worthy as the original. It’s a big responsibility to deliver something that lives up to the mastery of the original, but we are extremely excited and motivated to bring this puzzle back to life and back into the minds of moviegoers.”