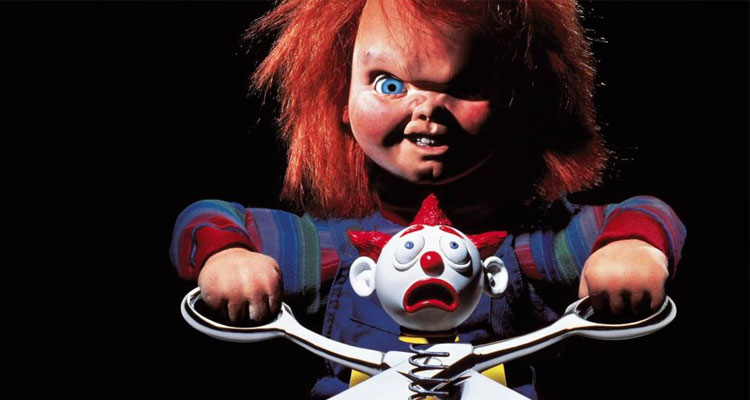 CHILD’S PLAY Reboot In The Works

Iconic horror villain Chucky is next for the reboot treatment, with THR hearing word that Norwegian filmmaker Lars Klevberg (‘Polaroid’) has been tapped to direct a new take on the demon doll.

Directed by ’80s and ’90s horror mainstay Tom Holland and co-created by Don Mancini, ‘Child’s Play’ told the story of a single mother who gives her son a much sought-after “Good Guy” doll for his birthday, only to discover that it is possessed by the soul of infamous serial killer and fugitive Charles Lee Ray. Catherine Hicks, Chris Sarandon, Alex Vincent, and Brad Dourif starred.

The report has Tyler Burton Smith (‘Kung Fury 2,’ ‘Quantum Break’) on scripting duty, with David Katzenberg and Seth Grahame-Smith producing. The producers most recently worked together on the reboot of Stephen King’s ‘IT.’ MGM is behind the project and is said to be aiming to have the film in production by September.

Recently it was revealed that franchise architects Mancini and David Kirschner had been working on bringing the franchise to the small screen with a series that would be a continuation of the previous seven films. Well, thankfully, the creators are pushing forth with their series, and confirmed to Bloody Disgusting that Dourif, who has provided the voice of Chucky from the beginning, will be involved.