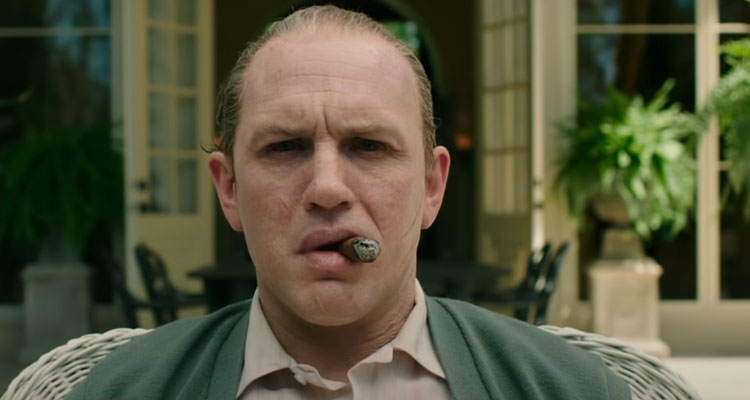 “Guys like you don’t misplace ten million dollars.” The first footage from‘Chronicle’ and ‘Fantastic Four’ director Josh Trank’s biographical crime drama ‘Capone’ has arrived giving us a first look at Tom Hardy as a dementia-suffering Al Capone. Check it out the trailer below.

A ruthless businessman and bootlegger who ruled Chicago with an iron fist, Al “Fonzo” Capone (Hardy) was the most infamous and feared gangster of American lore. At the age of 47, following nearly a decade of imprisonment, dementia rots Capone’s mind and his past becomes present as harrowing memories of his violent and brutal origins melt into his waking life. Linda Cardellini, Matt Dillon, Kyle MacLachlan, Noel Fisher, Jack Lowden, and Neal Brennan co-star

The film, previously titled ‘Fonzo,’ is set for a home premiere VOD release on May 12th in the US, with hope for a theatrical release later in the summer. No word on an Irish release date.