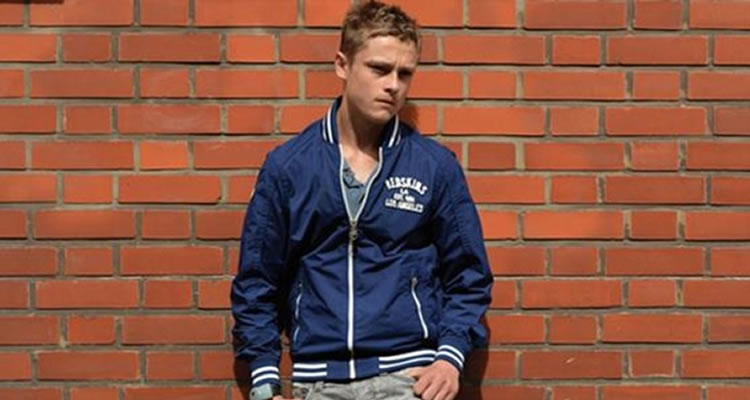 STANDING TALL (France/TBC/120mins)
Directed by Emmanuelle Bercot. Starring Catherine Deneuve, Benoît Magimel, Sara Forestier, Rod Paradot, Ludovic Berthillot, Diane Rouxel.
THE PLOT: Beginning at the age of 6, Malony (Rod Paradot) is bounced from foster care, back to his addict mother, and soon becomes a delinquent teen. Between stealing cars and his rage issues, Malony is given every chance to recover by the incredibly patient judge assigned to his case. Of course nothing helps, until Malony is no longer coddled and has to make some tough decisions.
THE VERDICT: Being selected as the opening film at the Cannes Film Festival is a massive honour and, even though STANDING TALL is not competing for the Palme D’Or, it may well be a taste of what is to come at this year’s festival.
Led by a powerful performance from Rod Paradot, Standing Tall is an examination of nature vs nurture, and the idea that true change can only come from within. Rod Paradot is reminiscent of Antoine-Olivier Pilon in Xavier Dolan’s MOMMY, although Malony is rarely plagued with remorse for his actions. Paradot is strong in the role, and although his character soon becomes frustrating in his refusal to do anything that doesn’t suit him, Paradot does allow some cracks to show; allowing the audience to get a better feel for the character through his relationship with Tess (Diane Rouxel).
Catherine Deneuve is strong and understated as Judge Blacque, bringing power to the role and a caring and steady in influence to the film as a whole. It is this character who has the most patience with Malony, and it is clear that making negative decisions regarding his actions is painful for her. The rest of the cast is made up of Sara Forestier as Séverine, Malony’s mother, and Benoît Magimel as social worker Yann.
The story, written by Emmanuelle Bercot and Marcia Romano is more of a character study than a traditional narrative arc. That said, the film suffers through this lack of focus, leaving the audience to spend time with a stubborn, violent and selfish character who takes too long to change and grow, and when he does, it’s all too quick. As well as this, the reason for Malony’s sudden change is external to him, and it is fairly clear that nothing has really changed with the character, and he will be stuck in a destructive loop.
As director, Emmanuelle Bercot does very little to keep the story moving, instead spending much of the film in rooms with Malony as he freaks out at various authority figures and comes sulking back after a violent act. This means he pacing of the film is sluggish, with a race to the finish line in the final half hour. The performances are strong, but the relationships in the film sometimes feel a little overblown; Malony being consistently met with patience and care, even as he destroys everything around him does not always feel real.
In all, STANDING TALL is a solid enough opener for Cannes 2015, but the film struggles to create a story in the midst of this steady character study. Paradot and Deneuve are strong, but the pacing of the film is a mess, and the sudden redemption in the final minutes does not sit well with the rest of the film.
RATING: 3/5
Review by Brogen Hayes