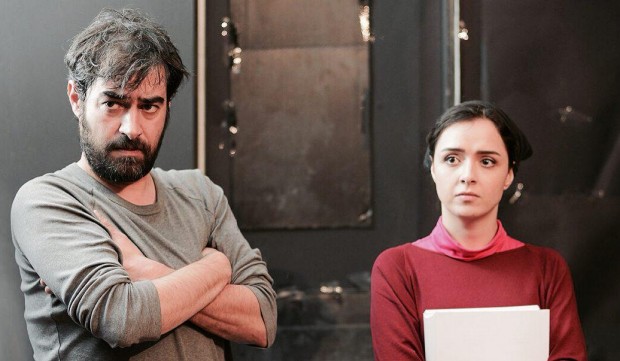 THE SALESMAN (France | Iran/TBC/123mins)
Directed by Asghar Farhadi. Starring Taraneh Alidoosti, Shahab Hosseini
THE PLOT: In present day Iran, Rana (Taraneh Alidoosti) and Emad (Shahab Hosseini) awake to find their apartment building crumbing. With nowhere to live, they jump at the chance to take an apartment owned by their friend and co-star in an amateur production of Arthur Miller’s ‘Death of a Salesman’. When Rana unwittingly opens the door to a stranger and is violently attacked, Emad sets out to find justice for his wife, even if he struggles to understand her suffering.
THE VERDICT: Rather similar in theme to Cristian Mungiu’s ‘Graduation’, ‘The Salesman’ is also screening in competition at Cannes this year, and like the Mungiu drama, ‘The Salesman’ could make a strong statement about culture and silence in Iran but decides instead to hammer home obvious metaphors.
The cast do well in the film, with Taraneh Alidoosti and Shahab Hosseini leading the film as married couple Rana and Enad. The performances feel based in reality and are engaging, but the audience often struggles with what seems like cultural differences, as Rana keeps her trauma to herself in an apparent attempt to protect her pride and her reputation, even though neighbours and friends already know what happened to her.
Asghar Fahardi’s screenplay pits the family drama against Miller’s play in an attempt to draw parallels between the two, which only really works in the closing moments of the film, and even then, this is heavy handed and obvious. The relationship and energy between the two main characters of the film is continually shifting, but it is not always understandable, as secrecy and mixed messages seem to be the order of the day. As well as this, there are entire sections of the film that feel surplus to requirements, meaning this back and forth story becomes drawn out due to abandoned cars and a reluctance to involve the police.
As director, Farhadi makes the characters feel rounded and believable, even as their motivations are unclear. The pacing of the film struggles through unnecessarily drawn out situations, and metaphors that lack subtlety and grace. There is a worthwhile story to be told here, but clarity is needed to make the film work and is sincerely lacking in ‘The Salesman’.
In all, ‘The Salesman’ could well have been an examination of culture and secrets in Iran, but it shies away from really examining the issues that motivate the characters. Taraneh Alidoosti and Shabab Hosseini are strong, but they are continually fighting against a screenplay that wants to give as little away as possible.
RATING: 2/5
Review by Brogen Hayes