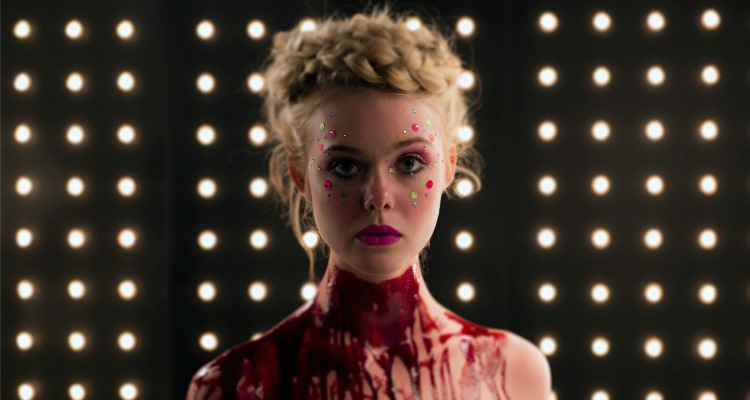 THE NEON DEMON (France | USA | Denmark/TBC/110mins)
Directed by Nicolas Winding Refn. Starring Elle Fanning, Bella Heathcote, Christina Hendricks, Jena Malone, Keanu Reeves
THE PLOT: Jesse (Elle Fanning) moves to LA to chase her dream of being a model. On her first shoot she meets Ruby (Jena Malone) and the two become fast friends. When Jesse’s star starts to rise however, she attracts the ire of older models who are being overlooked.
THE VERDICT: ‘The Neon Demon’ marks director Nicolas Winding Refn’s return to Cannes, after his previous film ‘Only God Forgives’ also competed for the Palme D’Or at the festival. As divisive as the film that went before, ‘The Neon Demon’ tries to be a beautiful examination of jealousy and desire, but while it succeeds in being beautiful, it is as vapid, superficial and uninteresting as its subject matter.
Elle Fanning leads the cast here as Jesse, the target of all the desire and envy in the film, and this is an interesting role for the actress to take now that she is 18, as it well and truly cements her as a grown up star on the rise. Easily playing a 16 year old aspiring model, Fanning seems to revel in the superficiality of the movie, making Jesse ethereally beautiful; but the actress also hints at something darker lurking just below the surface, making this an assured performance from the young actress. It’s just a shame that Fanning, and the rest of the cast – which includes Keanu Reeves, Christina Hendricks, Jena Malone, Abbey Lee, Bella Heathcote and Desmond Harrington – are let down by a vacuous film that focuses so much on style at substance is forgotten, and what few metaphors are to be had are hammered home with a sledgehammer.
In terms of script, it seems that Nicolas Winding Refn simply opened a copy of Vogue – or any other fashion magazine you care to mention – and decided to make a film about that. Additional writing was done for the film by Mary Laws and Polly Stenham, but it is hard to pinpoint just what these women brought to a film that is so misogynistic, sexist and graphic. The film focuses heavily on the visual, which is admittedly beautifully shot by Natasha Braier, but once it becomes clear that there is little more going on here, ‘The Neon Demon’ goes from exhilarating to exhausting. The film is filled with comments on the fashion industry, such as “I’m pretty; I can make money from that” and “I would never say you’re fat, doesn’t mean someone else won’t” – the latter delivered by Christina Hendricks – that seem meaningful but end up just being superficial and underline the horrible real world cliché that women hate other women. As well as this, the screenplay seems determined to shock for the sake of shocking, with scenes of attempted rape between two women and necrophilia thrown in as well.
As director, Winding Refn gets a strong performance from Elle Fanning, but the camera is so obsessed with her face that it begins to feel rather pornographic and exploitative, rather than a celebration of this young woman’s beauty. The pacing of the film is a mess, with the story being so paper thin that in order to reach the 2 hour running time, unsurprising slo-mo scenes with thumping electronica pervade the film. This is nothing new; we have seen this from Windin Refn before, and the director seems to be regressing as an artist, rather than moving forward.
In all, ‘The Neon Demon’ tries to make comments on the nature of female relationships, but through laboured metaphor, drawn out pacing and a paper thin story, the film doesn’t really say much of anything at all. Elle Fanning is strong in her understated role, and the heightened and stylised world of the film looks absolutely stunning on screen, but ‘The Neon Demon’ is misogynistic, exploitative and ultimately boring.
RATING: 1/5
Review by Brogen Hayes