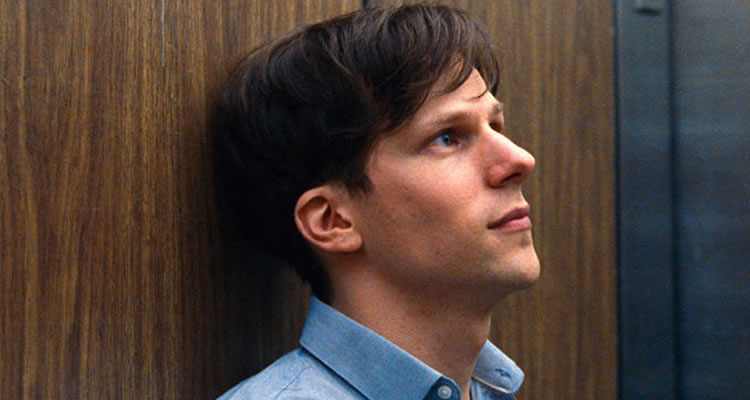 LOUDER THAN BOMBS (Norway | France | Denmark/15A/105mins)
Directed by Joaquim Trier.Starring Isabelle Huppert, Gabriel Byrne, Jesse Eisenberg, Devin Druid.
THE PLOT: Four years after the death of a famed war photographer (Isabelle Huppert), her family are still dealing with her death to varying degrees. When a New York Times journalist promises to write an article about the late photographer, revealing the truth about her death, the family is left to deal with the implications of the truth.
THE VERDICT: Another first English language feature at Cannes, this time from Danish director Joaquim Trier, whose previous film OSLO, AUGUST 31ST won acclaim at the festival in 2011. The story seems rather simple, and in some ways it is, but it also feels a little too close to Juliette Binoche’s A THOUSAND TIMES GOODNIGHT, which was only released in Ireland last year.
Isabelle Huppert appears in flashback, as the family try to reconcile the past and the future. She is magnetic as usual, but feels more like a catalyst than a fully rounded character. Gabriel Byrne plays the grieving and rather bewildered father of two sons; one of whom appears to have his life together, and the other whose teen life is falling apart. Jesse Eisenberg plays Jonah, the older of the two sons, who arrogantly believes that his life is on track, but soon realises that this is not the case. Eisenberg has a brilliantly comic opening scene, but this falls by the wayside as the film goes on. Devin Druid plays the younger son Conrad as angry and sulky – a typical ten, one might say – who has a vein of narcissism running through him. The cast do well enough with what they are given, but are let down by a baffling and rather pointless story.
Joachim Trier and Eskil Vogt’s screenplay attempts to deal with the varying degrees of grief, and how emotions and grief becomes dulled the more time passes. While the film starts off well and seems to be working toward a satisfying emotional resolution, this never truly comes to pass, and the road to the final act of the film is so littered with actions and moments that never really connect.
As director, Trier tries to tie the family’s individual stories together, as secrets about the past are revealed and emotions change due to the passage of time, but the uneventful and muddled screenplay works against him. There are some moments of greatness, such as Conrad’s stream of consciousness letter that he gives to his crush is beautifully realised, but this moment never truly connects, and is never resolved in the framework of the film.
In all, LOUDER THAN BOMBS implies, from its title, that the emotional fallout of war and death is truly devastating, but all we see in the film are selfish characters making strange decisions, and a fragmented story that never truly comes together.
RATING: 2/5
Review by Brogen Hayes