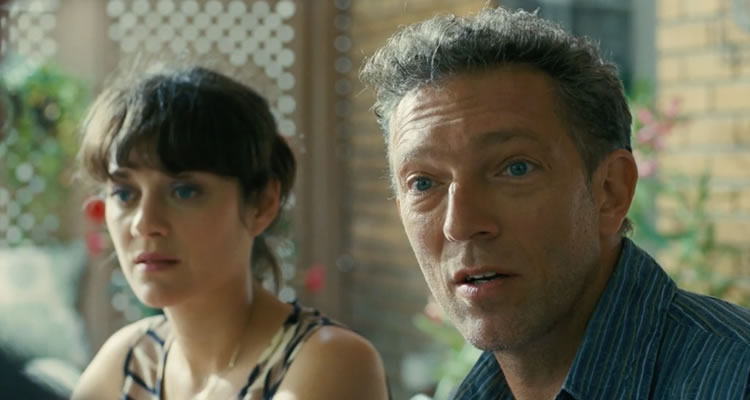 Cannes Review – It’s Only the End of the World

IT’S ONLY THE END OF THE WORLD (Canada | France/TBC/97mins)
Directed by Xavier Dolan. Starring Marion Cotillard, Vincent Cassel, Gaspard Ulliel, Lea Seydoux.
THE PLOT: Louis (Gaspard Ulliel) returns home after an absence of 12 years because he wants to tell his family the terrible truth; he is dying. When he gets there however, old tensions reawaken almost as soon as he crosses the threshold, and the return of the prodigal son leads to bickering and fighting among the family. Louis is then faced with a choice; to tell his family the truth or protect them.
THE VERDICT: Based on the stage play ‘Juste La Fin du Monde’ by Jean-Luc Lagarce, ‘It’s Only the End of the World’ not only feels familiar and slightly derivative, but is undermined by some distracting music choices and, for the first time, makes it all to obvious that Dolan is a very young director.
Gaspard Ulliel leads an incredible cast as Louis, the son returning home, and makes the character a quiet person whose mere presence is a catalyst, so words seem unnecessary. This monosyllabic nature of the character is also an insight into his behaviour at home; Louis is a successful playwright, but always seems unable to come up with the right words to say to his family. Marion Cotillard plays Louis’ sister in law Catherine, and this is a change of pace for the actor, as Catherine is a shy and beaten down woman who often struggles to express herself, and lives in the shadow of her husband. Cotillard makes the character sympathetic and watchable, but she never really gets a chance to be as great as we know she can be. Vincent Cassel plays Catherine’s husband Antoine, and the actor obviously enjoys his large and showy role; Antoine is the antagonist, the one who always stirs up emotion then shuts it down, and Cassel is great in this horrible role. Léa Seydoux plays Louis’ younger sister Suzanne, a woman who was just a child when she last saw her brother, and only knows him through the memories of others. Seydoux does well enough in this smaller role, but other than rise to Antoine’s bait, she doesn’t have a lot to do. Finally, Nathalie Baye plays the mother of the brood; always trying to shut down confrontation, Baye is strong in the role, but like much of the cast family members, doesn’t truly get a chance to shine, other than in one pivotal scene.
Xavier Dolan’s screenplay feels rather derivative, almost as though ‘It’s Only the End of the World’ is a rehash of ‘August: Osage County’; both films have incredibly similar storylines, tons of bickering among family members and secrets being kept. There are some great lines of dialogue, but Dolan either never wants to, or is never able to shake the feel of ‘It’s Only the End of the World’ being a stage play, and although the film has a twist, this is obvious from the moment Louis walks into the house, so the film has very few surprises and little new to offer to a family drama.
As director, Dolan makes sure that each of the characters is fleshed out with enough quirks to feel almost real, and to give each family member something to argue about. Most of the performances, however, are underwhelming, with the bickering and talk of dessert taking centre stage. As well as this, Dolan makes some strange music choices – ‘I Miss You’ by Blink-182, ‘Natural Blues’ by Moby and ‘Dragostea din tei’ by O-Zone are all in there – and these not only seems jarring and out of place, but are so overwhelming on the soundtrack that they block out any emotion being conveyed in the scene they are played over. Dolan makes use of flashback throughout the film, a device to convey nostalgia and memories of home and childhood, these are mostly silent – other than booming soundtrack – but are not used as carefully as they should have been and end up feeling like music videos.
In all, ‘It’s Only the End of the World’ is not the first play that Xavier Dolan has adapted for the screen, but it is the first time that this Cannes darling’s youth and inexperience is obvious on screen. The cast do what they can, but are stifled by the script; and booming music and consistent bickering leave the film drained and draining.
RATING: 2/5
Review by Brogen Hayes