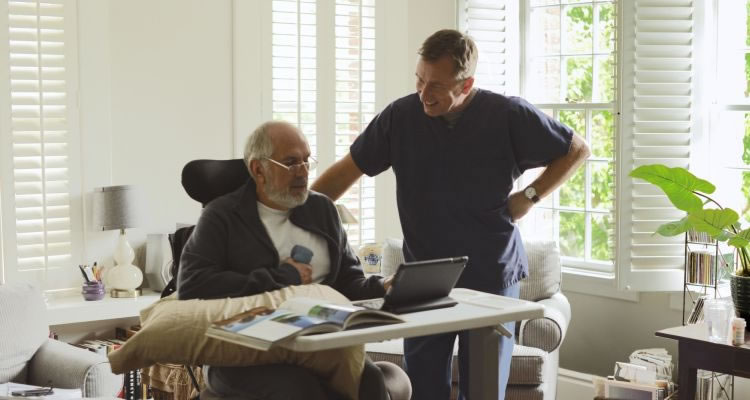 CHRONIC (USA/TBC/90mins)
Directed by Michel Fanco. Starring Tim Roth, Bitsie Tulloch, Claire van der Boom, David Dastmalchian, Sarah Sutherland, Tate Ellington, Joe Santos, Michael Cristofer
THE PLOT: David (Tim Roth) is a home care nurse who works with terminally ill patients. Almost seamlessly inserting himself into their lives, David steals details of their worlds to tell strangers, and often becomes more relied upon and trusted than the patients’ families.
THE VERDICT: Three years after AFTER LUCIA won the Prize Un Certain Regard at the 2012 Cannes Film Festival, director Michel Franco returns to the festival with another carefully observed film.
Tim Roth, who presided over the Un Certain Regard Jury in 2012, stars as David. Roth allows the quiet and still nature of Franco’s filmmaking to infuse the character, making David a powerful presence on screen, but a mystery to both his patients and the audience. The rest of the cast is made up of Bitsie Tulloch, Claire van der Boom, David Dastmalchian, Sarah Sutherland, Tate Ellington, Joe Santos and Michael Cristofer who all orbit David in different ways, and all benefit from Franco’s still manner of filming.
Franco’s film does not have a traditional narrative arc or, some might say, a narrative arc at all; instead focusing on the day to day life of David, and the people he encounters as he cares for them. There is a subplot about David’s own family, but this feels inconsequential and shoehorned in. The film does the ‘day in the life’ aspect of the story well but, as with After Lucia, it seems that Franco had no idea how to end this rambling, meandering but engaging tale, and opting for a highly inappropriate car ex machina ending, which feels disingenuous and contrived.
As director, Franco allows the action to unfold in front of the camera, rather than adjusting camera angles to suit the action, which gives the film a feeling of voyeurism, with a hint of the idea that we are watching true moments from life, the still ones where the emotional action truly happens Franco does not pull any punches when it comes to depicting chronic and often terminal illness either; allowing the audience to see the fragility of the incredibly ill, and characters have their dignity robbed from them as they try to fight to stay alive. That said, almost all of this is undermined by a thoughtless and almost comedic final shot.
In all, CHRONIC is an unflinching examination of illness and those who care for us when we can no longer care for ourselves. Roth is fantastic in the leading role, and ably carries the unflinching gaze of the camera. Shame he is so badly abandoned in the film’s contrived final moments.
RATING: 3/5
Review by Brogen Hayes