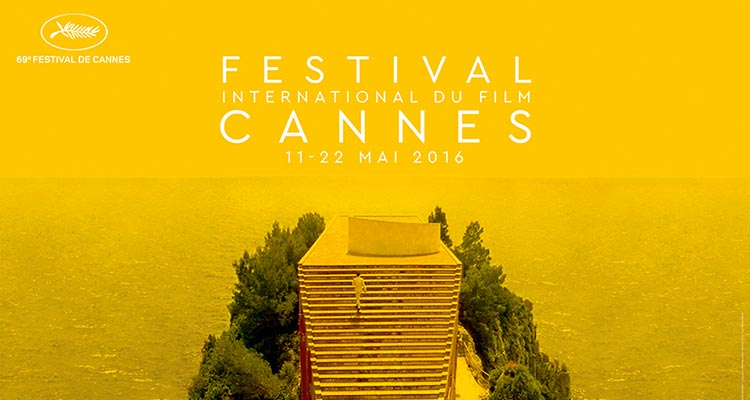 The Cannes Film Festival 2016 kicked off on the Croisette today, with Movies.ie having been on site since Monday, getting used to the weather, finding old friends and generally planning just how manic the next 10 days were going to be, all while eating an extraordinary amount of madeleines!! The good news is that the horrendous weather forecast for the south of France last week seems to have changed, which makes our lives a whole lot easier; we queue for every single film we see, often outdoors, and a rainy Cannes – such as the one we had in 2012 – will lead to very soggy screening rooms.

The honour of opening the festival was given to Woody Allen’s most recent film ‘Café Society’, which stars Jesse Eisenberg, Kristen Stewart, Blake Lively and Corey Stoll. The film is set in Hollywood of the 1930s, where Bobby (Jesse Eisenberg) arrives in Hollywood with big dreams of working with his uncle Phil, who just so happens to be an agent to the stars. Although the dream of riches and fortune don’t come quickly, Bobby soon finds love – albeit unrequited – with his uncle’s secretary Vonnie (Kristen Stewart), who is in a relationship with a man who is already married. Read our full review here.

The security around the festival is noticeably higher this year, presumably in the wake of the tragedies in Paris and Brussels, but even though this is out in the open to be seen, there is little evidence of the security actually interfering with the day to day running of the festival; there seems to be the perfect balance between the two.

Another change this year is the new staff uniforms, which have gone from a sandy colour to navy and royal blue, which really makes them easy to spot around the Palais, perfect for when you get lost in the Marché for the umpteenth time; a venue that we have not approached yet!

The most welcome change – for us, anyway – is our shiny new pink badge, which makes it easier for us to get into screenings, and not have to spend three hours sitting on the ground queuing for everything – although that has it’s charms too. We just want to take this chance to thank the lovely Léora in the Press Office for making this happen for us! Much appreciated! The new badge could not have come at a better time either, since the queue skipping and general shenanigans around getting into screenings seems to be even more manic than last year.

Elsewhere today, we went to a sneak preview of the new DreamWorks ‘Trolls’ movie in the Debussy – the less said about that queue the better – where DreamWorks CEO Jeffrey Katzenberg introduced the footage sneak preview, saying ‘Today, animation is as exciting as it has ever been at any time in my career. Technology is giving our immensely talented filmmakers and animators a truly unlimited artistic palate.”
‘Trolls’ takes inspiration from the cute, big haired troll toys that were hugely popular in the 1990s, and stars Anna Kendrick and Justin Timberlake as two cute trolls, Poppy and Branch, who spend their days singing, dancing and hugging, and who have hidden from the evil Bergens, who are only happy when they eat trolls. The story follows Poppy after a number of her friends are taken by the Bergens, as she enlists the help of Branch to get them back.
Anna Kendrick and Justin Timberlake made a brief appearance at the preview, coming out on stage to sing “True Colours”, which plays a huge part in the film. The live performance was obviously something that terrified Kendrick as she asked the audience to pretend they were all at home in their pyjamas, but as you can see from our video below, she and Timberlake managed beautifully.

After the launch, we were invited for tea on the Carlton Beach to celebrate the ‘Trolls’ footage, where Kendrick and Timberlake arrived by boat, before giving interviews to some of the assembled press. We were not lucky enough to talk to them, but we instagrammed our encounters with the stars below.

#annakendrick and #JustinTimberlake having the press chats at the #dreamworkstrolls event.

After all of this excitement, it was time to retire tour apartment here in Cannes to get ready for even more excitement; interviews with the cast and crew of ‘Café Society’, first thing in the morning. A great first day at Cannes 2016. Long may it continue!