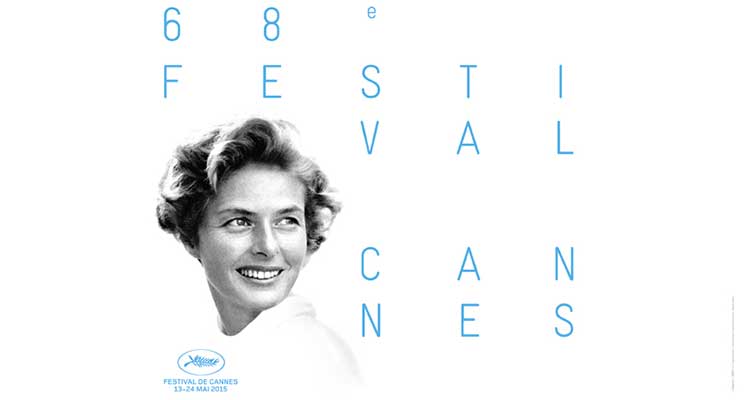 Thursday in Cannes saw the first real rain of the entire festival. We sadly left the flip flops at home and squelched down to the Palais to see Jacques Audiard’s film In Competition; DHEEPAN. The film tells the story of Dheepan (Jesuthasan Antonythasan) moves from war-torn Sri Lanka to France with Yalini (Kalieaswari Srinivasan) and Illayaal (Claudine Winasuthamby). To all intents and purposes, they are a family trying to escape the horrors of their home country, but the three are travelling on the passports of the dead; this secret unites them, and also almost becomes their undoing. You can read our full review here.

After DHEEPAN we ran through the Palais to try and get in to see Gaspar Noe’s much talked about LOVE, but there was not much love for us, since we were turned away from a packed screening. By all accounts, LOVE is a sex-laden account of a young couple’s love affair, and leaves nothing to the imagination. Disappointed, we instead went to see TREASURE in Un Certain Regard, a film with a clever story – two men coming together to uncover the truth about rumours of buried treasure – but completely lacking an emotional arc.

The afternoon saw us sitting down with Magnus Von Horn and Swedish pop star Ulrik Munther to talk about THE HERE AFTER, screening in Director’s Fortnight. THE HERE AFTER tells the story of John (Ulrik Munther) who, when he is released from prison, he returns home to his father and younger brother, hoping to carry on with his life and forget the past. The trouble is, memories are long in the small town he lives in, and although John may have paid for his crimes, it is clear he is not yet forgiven. Von Horn stated that the story of the film was inspired by a real case he read about, but simply used this as a jumping off point, and had no interaction with the real people from the case.

The final film of the day was VALLEY OF LOVE, starring Isabelle Huppert and Gerard Depardieu as a divorced couple who come together after their adult son commits suicide. There are elements of the spiritual and metaphysical that are never explored in the film, but the relationship between Depardieu and Huppert on screen is lovely, and is the first time they have been on screen together since 1980’s LOULOU. You can read our full review here.

Friday saw things starting to wind down on the Croisette, but thankfully the rain had stopped, meaning we had a pleasant walk to the Palais to catch Michel Franco’s CHRONIC. Focusing on David (Tim Roth), a home nurse for terminally ill people, CHRONIC is an unflinching examination of the nature of illness and care, which is ultimately let down by a silly and unnecessary ending. You can read our full review here.

THE LITTLE PRINCE was next on the agenda, and Mark Osborne’s film is a loving adpation of the beloved children’s book, which takes an entirely new approach to the material, blending CG and stop motion animation to beautiful effect. Our full review is here.

Next on the agenda was a trip down to the UK Pavilion to witness the famed PALM DOG Awards, given to the best canine performers at the Cannes Film Festival, and decided by UK Critics including Damon Wise, Peter Bradshaw and Kate Muir. The whole affair is rather silly and tongue in cheek, with superior puns eliciting collective groans the audience. In a lovely show of support for Irish canine actors, Bob, the Irish trained dog from THE LOBSTER took home the Grand Jury prize, while the Palm Dog itself as given to the lead pooch actor from ARABIAN NIGHTS.

Elsewhere, we discovered that Michael Fassbender, in town for his screening of MACBETH tomorrow, did not vote in the Marriage Referendum, and was sure that Judi Dench was not going to be happy with him for it. We encountered Pharrell Williams happily clapping along like a room without a roof at the screening of DOPE, which closed the Director’s Fortnight selection.

Saturday felt like a totally different beast in Cannes, the streets less busy and the screenings less manic; a sure sign that Cannes 2015 is rolling to a close. The first film of the morning was Justin Kurzel’s MACBETH, starring Michael Fassbender, Marion Cotillard and our own Jack Reynor. The film is beautifully shot, but often unintelligible, due to some strange audio and music choices. A shame, since this was one of the films we were looking most forward to in the festival. Our full review is here.

The final film of this year’s Cannes, and the one given the honour to officially close the festival, is ICE AND THE SKY, which focuses on French exploratory scientist Claude Lorius. As Loruis reflects on his life and achievements, the audience learns about his 22 missions of Antarctica, during which his research led him to some startling realisations about the impact of human life on our planet. The film looks beautiful and has a strong message, and feels like a calming but thought provoking note to end the festival on.

That’s almost it from us here in Cannes, but we’ll bring you all the Palme D’Or winners tomorrow, as they happen.