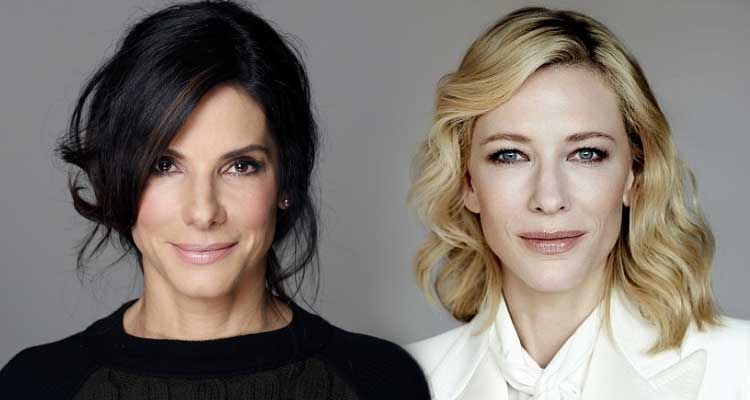 Gary Ross (‘The Hunger Games,’ ‘Seabiscuit,’ ‘Pleasantville’) is to take the reins for a female-oriented spin-off to ‘Ocean’s Eleven,’ with Sandra Bullock attached to star, according to the folks over at ThePlaylist.

Referred to by the site’s sources as ‘Ocean’s Ocho,’ the film is a continuation of the George Clooney-led trilogy and focuses on eight female thieves on a heist. Bullock will lead the gang,  playing Danny Ocean’s ex-con sister. With her team of thieves, she sets out of steal a necklace from the Met Ball and frame a crooked gallery owner.

Cate Blanchett (‘Blue Jasmine,’ ‘Carol,’ ‘Cinderella’) is reportedly in talks to join Bullock, and if confirmed she would play her right-hand woman. The film was also set to co-star Jennifer Lawrence, however, the ‘X-Men: Apocalypse’ star may have to pass on the project due to scheduling.

Producers on the film include Jerry Weintraub, Steven Soderbergh, and Clooney. The script is being handled by Olivia Milch (‘Little Women,’ ‘Queen & Country’).