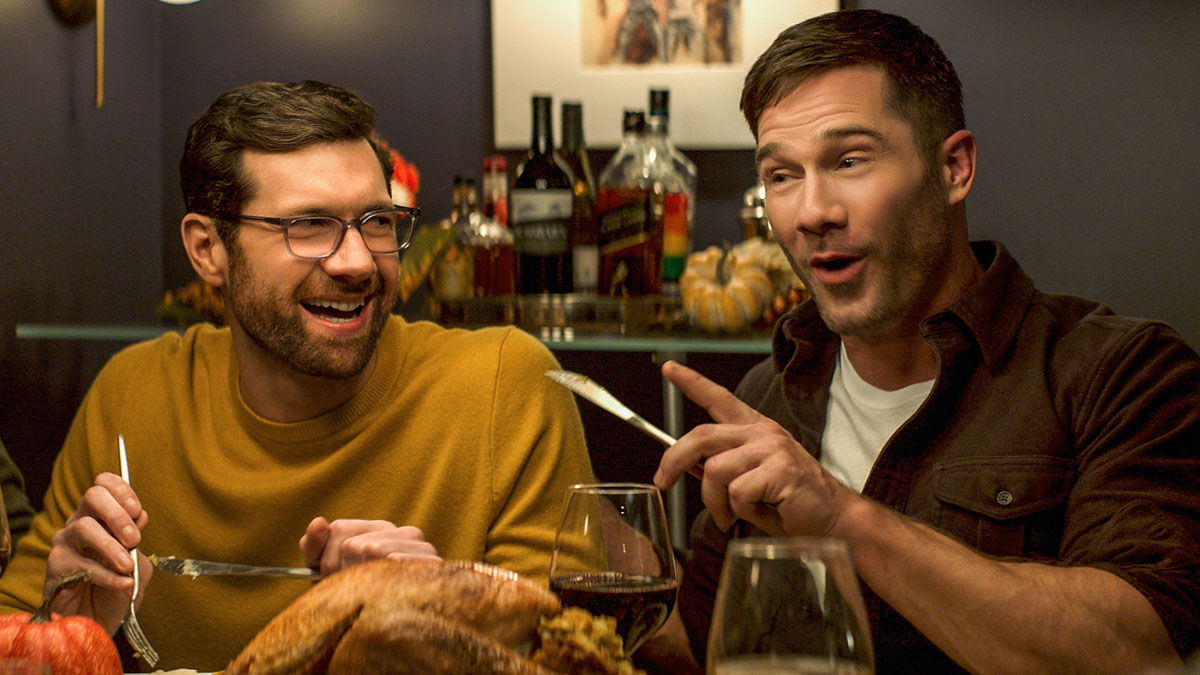 The Plot: New York podcaster Bobby (Billy Eichner) is out, loud and proud. He’s curating a museum dedicated to the gay experience, if it can ever get off the ground due to internal squabbling amongst the various board members with their own agendas. He doesn’t do commitment, preferring random encounters with guys he picks up at clubs. He bumps into Aaron (Luke Macfarlane) and they hit it off, enjoying each other’s company. They are quite different men though and don’t always see eye-to-eye on things. However, an early spark of potential love is there if either of them is willing to be grown-up enough about it…

The Verdict: Being the first of anything is going to be challenging for both filmmakers and the audiences they’re aiming to entice with an open mind. Such is the story of Bros, the first openly gay film to come with the backing of a major Hollywood studio and a wide release to support it. Representation has progressed, moving gay films out of the arthouse and into the mainstream. While its lacklustre box office in the US would suggest that it might not be a great film, the opposite is true. Bros is actually a decent romcom with a belly full of laughs, but with a touching heart and soul to go with it too. While America is becoming an increasingly divided society and strangely going in reverse in its approach to hard-fought-for civil rights, it will be interesting to see how Bros is received on this side of the pond. Given that broad American comedies often do well at the Irish box office, it has a fair shot.

Co-written by lead actor Billy Eichner and Bad Neighbours director Nicholas Stoller, Bros is envisioned by the former as a Nora Ephron-style comedy (You’ve Got Mail gets a nod) about gay guys who are very bro-ey with each other. Commitment is elusive and doesn’t appeal to them though. The fact that they’re middle-aged men doesn’t seem to bother them either, with maturity being something for retirees who play golf. The tagline for the film describes it all: a boy meets bro love story, but with the comedy amped up to make it a bit more accessible to the straight guy and his girlfriend in the audience (this point is made early on in a meta touch by Eichner and Stoller). The script packs in a lot of laughs and sight gags, many of which land smoothly (a gag involving a giant display of an Oscar-winning actress is a hoot). Some of it doesn’t quite land, with the film having more than a few Americanisms that won’t mean anything here.

The comedy here is quite broad and occasionally crude to the point where it feels like everyone is shouting at each other, but nobody is being heard. There is the impression that Stoller and Eichner are trying too hard to please everyone here, to give the film the extra push they think it needs to get it over the line with an audience. Not so. The characters are well-written and well-performed by Eichner and squeaky-clean Hallmark Channel stalwart Luke Macfarlane poking fun at his previous roles. Eichner in particular is hilarious, his character a tightly wound New York / Woody Allen-style bowling ball of emotions who knocks down all in his path. That is until he meets the one person he can’t knock down. There is a touching sense of warm humour about watching these characters stumble into a relationship like it was a new invention, with a big rainbow-coloured heart to go with it. Time will tell if Bros will pave the path for more stories like this with a mainstream target in mind. It may not always work as a romcom but Bros is a well-intentioned fist bump of a film with its heart in the right place. 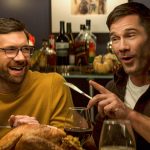 In short: Yo bro!