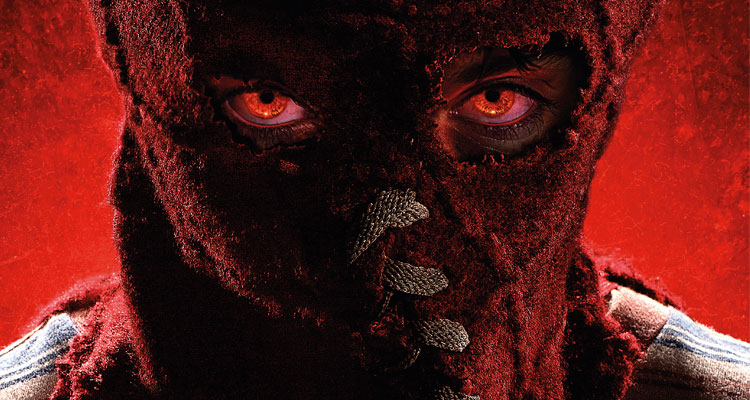 The Plot: Rural Kansas. Many years ago, childless couple Tori (Elizabeth Banks) and Kyle (David Denman) found a baby in a crashed spaceship in their backyard. They take him under their wings and name him Brandon. When Brandon (Jackson A. Dunn) hits puberty, his behaviour goes off the chart compared to other boys his age. It’s not hormones. It’s something dark and mysterious that’s calling him from the spaceship in the barn, telling him to ‘take the world’. When Brandon lashes out, people are going to get hurt. This is no boy of steel, but a boy of iron will intent on destruction and domination…

The Verdict: There have been variations on the evil Superman, most notably in the daft Superman III in which two opposing Supes have a scrap in a scrapyard (how original). What if Superman was born evil though and came to Earth not to defend truth, justice and the American way but to defeat it? That’s the premise of inverse Superman horror film Brightburn. It also acts as a supervillain origin story, potentially setting up its own cinematic universe (if the box office justifies further instalments). It’s no surprise to learn that it’s produced by one James Gunn (now unfired from Guardians Of The Galaxy 3) and is co-written by his brother Brian and cousin Mark. It’s very much a family affair, as it also features James Gunn’s regular onscreen collaborator Elizabeth Banks. It’s competently directed by second-time feature director David Yarovesky.

Unlike many overlong superhero films, Brightburn is a zippy affair and comes in at a tight 90 minutes. The script sets up the premise quickly without too much backstory or expository scenes, though a little more wouldn’t have gone amiss to determine just what is driving Brandon. It’s enough to know that something isn’t right with Brandon, starting with him hurling a lawnmower across the yard and then emerging unharmed when he sticks his hand in the blade. All it takes is a trigger for him to don a creepy mask, float about and start stalking and terrorising the locals like a caped Damian from The Omen. This is where the film shifts gears into a full-blooded horror, producing a surprising level of squirm-inducing gore. Kudos to Yarovesky for not going down the diet horror route in showing how truly evil and inhuman Brandon is. He’s not a boy anymore, but a literal symbol of evil.

The supporting performances are fairly standard for this type of film, but they’re elevated by the ever-reliable Banks who brings both vulnerability and strength to her surrogate mother role. Jackson A. Dunn brings a suitable level of intensity to his child-sized supervillain, those eyes burrowing deeper than the lasers that he later emits from them. It’s a more effective deteriorating mother-son relationship than another recent horror, The Prodigy. Yarovesky heightens the suspense throughout and delivers effectively creepy scenes, along with some welcome dollops of bloody humour at choice moments. Brightburn is taut and suspenseful, using its high concept to burn brightly without overstaying its welcome. Solid rather spectacular, Brightburn is an entertaining and intriguing addition to the current trend of alternative superhero films.