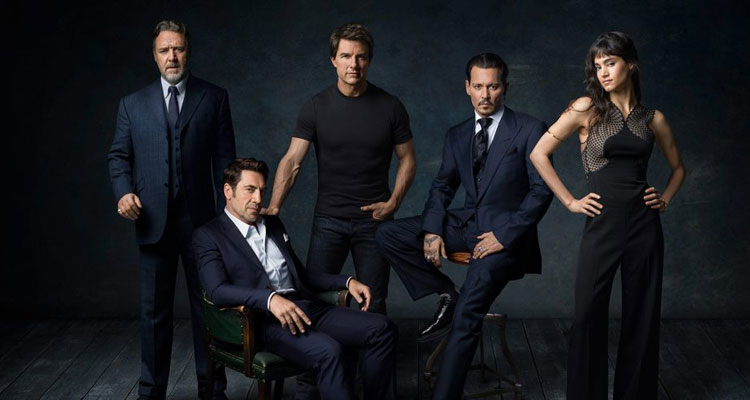 Welcome to a new world of Gods and Monsters. Universal Pictures has announced that its series of films reviving the studio’s classic monster characters for a new generation will be known as ‘Dark Universe.’

‘Dark Universe’ was begun by core creatives Alex Kurtzman, who also serves as director and producer of ‘The Mummy,’ the inaugural film in the new classic monster series, and ‘The Mummy’ producer Chris Morgan. Also joining the enterprise to inspire and entertain a new generation are such visionary talents as Christopher McQuarrie (‘Mission: Impossible,’ ‘Jack Reacher’) and David Koepp (‘War of the Worlds,’ ‘Jurassic Park’).

You can check out the motion logo for the new initiative, featuring a musical theme by Danny Elfman, below.

“We take enormous pride in the creativity and passion that has inspired the reimagining of Universal’s iconic monsters and promise audiences we will expand this series strategically,” said Donna Langley, Chairman, Universal Pictures. “The enterprise masterfully developed by Chris and Alex will allow each subsequent chapter the right time to find the perfect cast, filmmakers and vision to fulfil it. As we launch Dark Universe with Danny’s provocative theme before The Mummy and collaborate with a brilliant filmmaker like Bill to weave the story of a very modern woman in a very classic tale, we feel confident we’re off to a tremendous start.”

“When Universal approached us with the idea of reimagining these classic characters, we recognized the responsibility of respecting their legacy while bringing them into new and modern adventures,” said Kurtzman and Morgan. “The studio and our fellow creative collaborators have championed and challenged us as we’ve begun to spin the web of Dark Universe. It’s our hope these movies will engross longtime fans and spark the imaginations of brand-new ones.”

The stars of both imminent and future ‘Dark Universe’ features gathered for the first time in the photo below: The Invisible Man and Frankenstein’s Monster will be played by, respectively, blockbuster icon Johnny Depp and Javier Bardem, who appear together in ‘Pirates of the Caribbean: Salazar’s Revenge.’ Those actors join superstar Tom Cruise as soldier of fortune Nick Morton and Russell Crowe as Dr. Henry Jekyll, who lead the all-star cast of ‘The Mummy,’ along with Sofia Boutella, the actress who embodies the title role in that film. 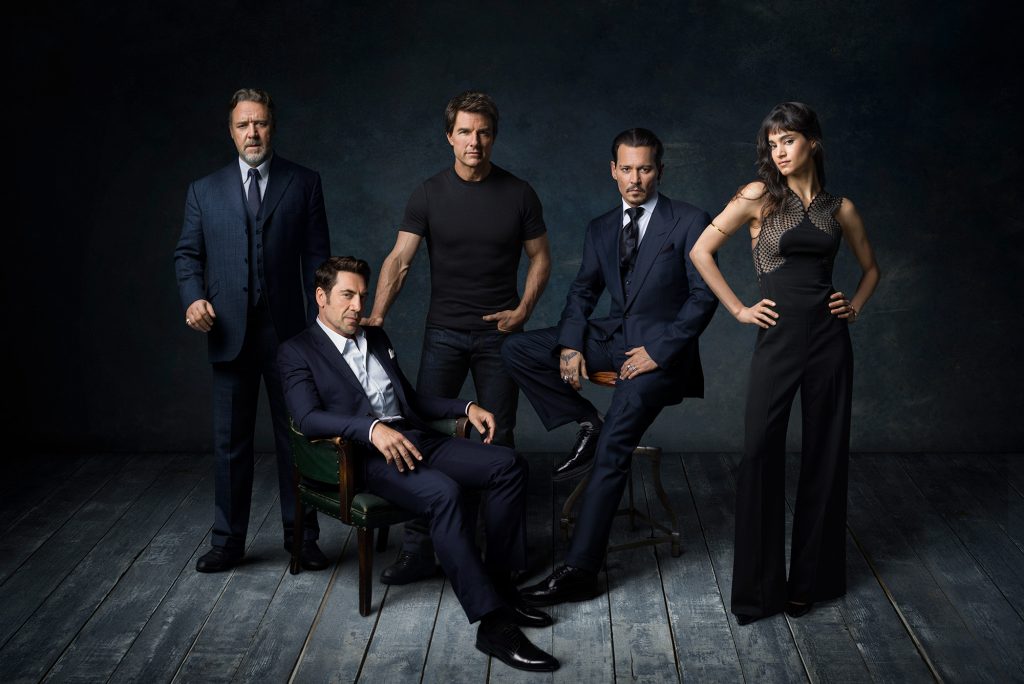 In addition to confirming the superstar cast for their ‘Dark Universe,’ Universal announced that Bill Condon-directed ‘Bride of Frankenstein’ will be the next film in its shared universe, and that it will arrive in cinemas early 2019.