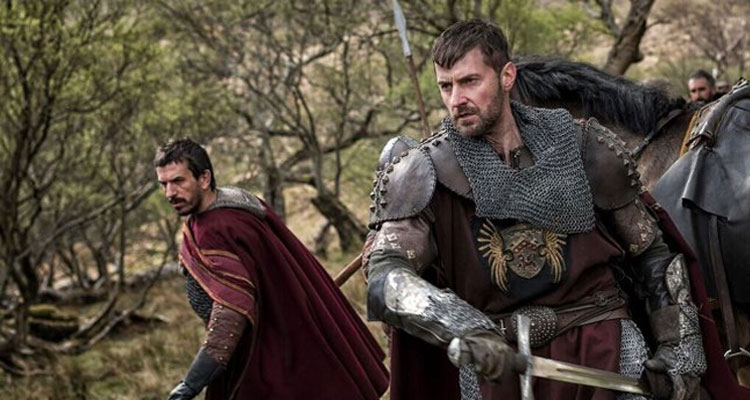 Element Pictures Distribution has announced that Brendan Muldowney’s PILGRIMAGE will be released in Irish cinemas on July 14th. The Irish action-thriller has wowed festival audiences, following its world premiere at the Tribeca Film Festival in April 2017 and its UK premiere at the Edinburgh Film Festival on June 24th 2017.

The film, which boasts a stellar cast that includes Tom Holland (‘Spider-Man: Homecoming’), Jon Bernthal (‘Baby Driver’), and Richard Armitage (‘The Hobbit’), will have its Irish premiere at the 29th Galway Film Fleadh on July 13th and Irish audiences will have the chance to catch it in cinemas the following day.

The film was shot on location for over seven weeks on the West Coast of Ireland and the Ardennes Region of Belgium, and was developed with the assistance of the Bord Scannán na hÉireann/Irish Film Board and Creative Europe and was financed by Bord Scannán na hÉireann/Irish Film Board, the Broadcasting Authority of Ireland and Wallimage, Fédération Wallonie-Bruxelles and BNP Paribas Fortis Film Finance.

Speaking on the release, Muldowney commented that “I’m absolutely thrilled to have Element Pictures Distribution releasing Pilgrimage in Ireland. I’m delighted that Irish audiences will have a chance to see it in cinemas in July after its Irish premiere at the Galway Film Fleadh.”