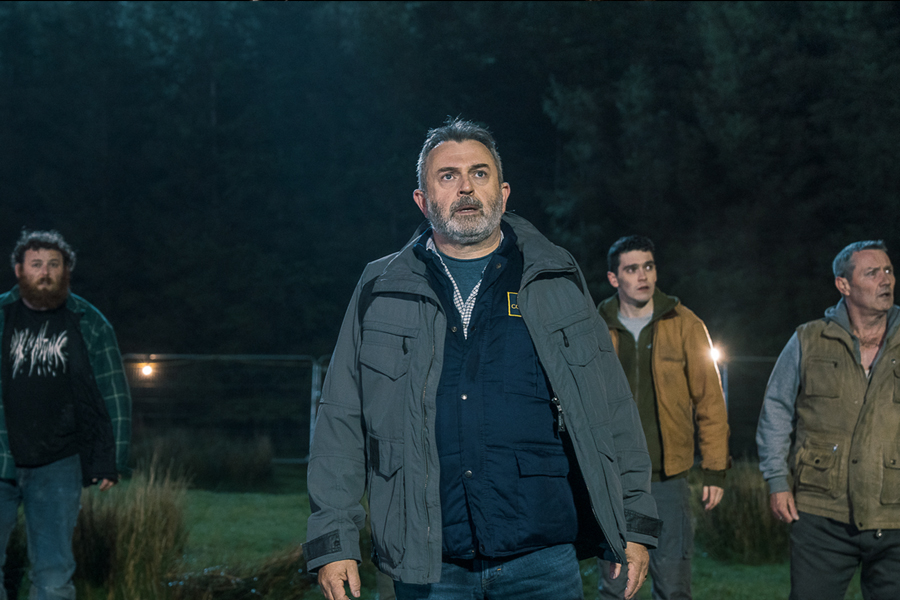 Just when you thought the vampire film had been drained dry, along comes an unexpected and original spin on the genre from writer/director Chris Baugh, with the follow-up to his acclaimed crime thriller debut Bad Day For The Cut. With nods to Ireland’s formidable horror heritage (the local pub is called ‘The Stoker’ after the Dracula author), BOYS FROM COUNTY HELL follows recent Irish folklore horror hits The Hallow and The Hole in The Ground, whilst also injecting some surprisingly hysterical moments. It echoes Clive Barker’s Irish-set eighties creature feature Rawhead Rex, as well as a delectable sense of the backwoods dread present in 2019’s Scottish rural thriller Calibre.

It received its World Premiere at the 2020 Tribeca Film Festival’s Midnight section and played in the Panorama Fantastic section at Sitges (one of the world’s foremost festivals specialising in fantasy and horror).  Most recently it screened at the Virgin Media Dublin International Film Festival earlier this year.

WATCH THE FIRST TRAILER FOR BOYS FROM COUNTY HELL