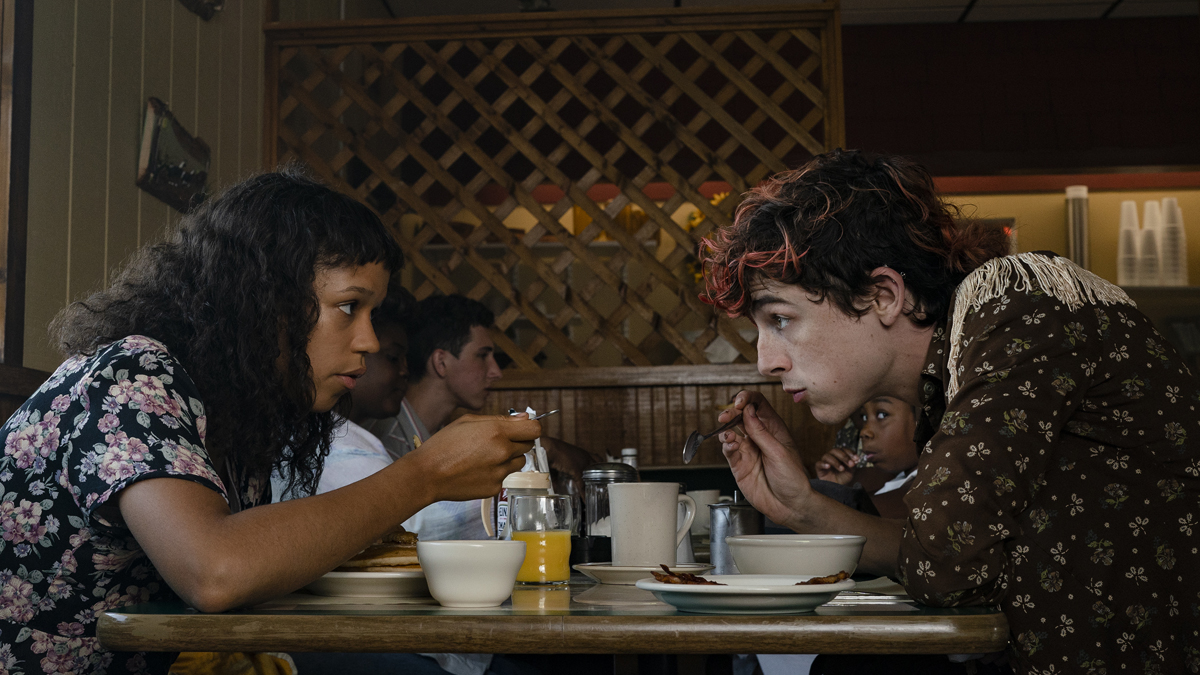 ‘CALL ME BY YOUR NAME’ DIRECTOR LUCA GUADAGNINO RETURNS WITH THIS COMING-OF-AGE ROMANTIC CANNIBAL ROAD FILM THAT STARS TIMOTHÉE CHALAMET’S & TAYLOR RUSSELL AS TWO DRIFTERS, TRAVELLING THROUGH 80’S AMERICA, WHOSE UNIQUE HUNGER RENDERS THEM OUTCASTS FROM SOCIETY.  WE SPOKE TO THE FILM’S PRODUCER THERESA PARK TO FIND OUT MORE ABOUT THE FILM… 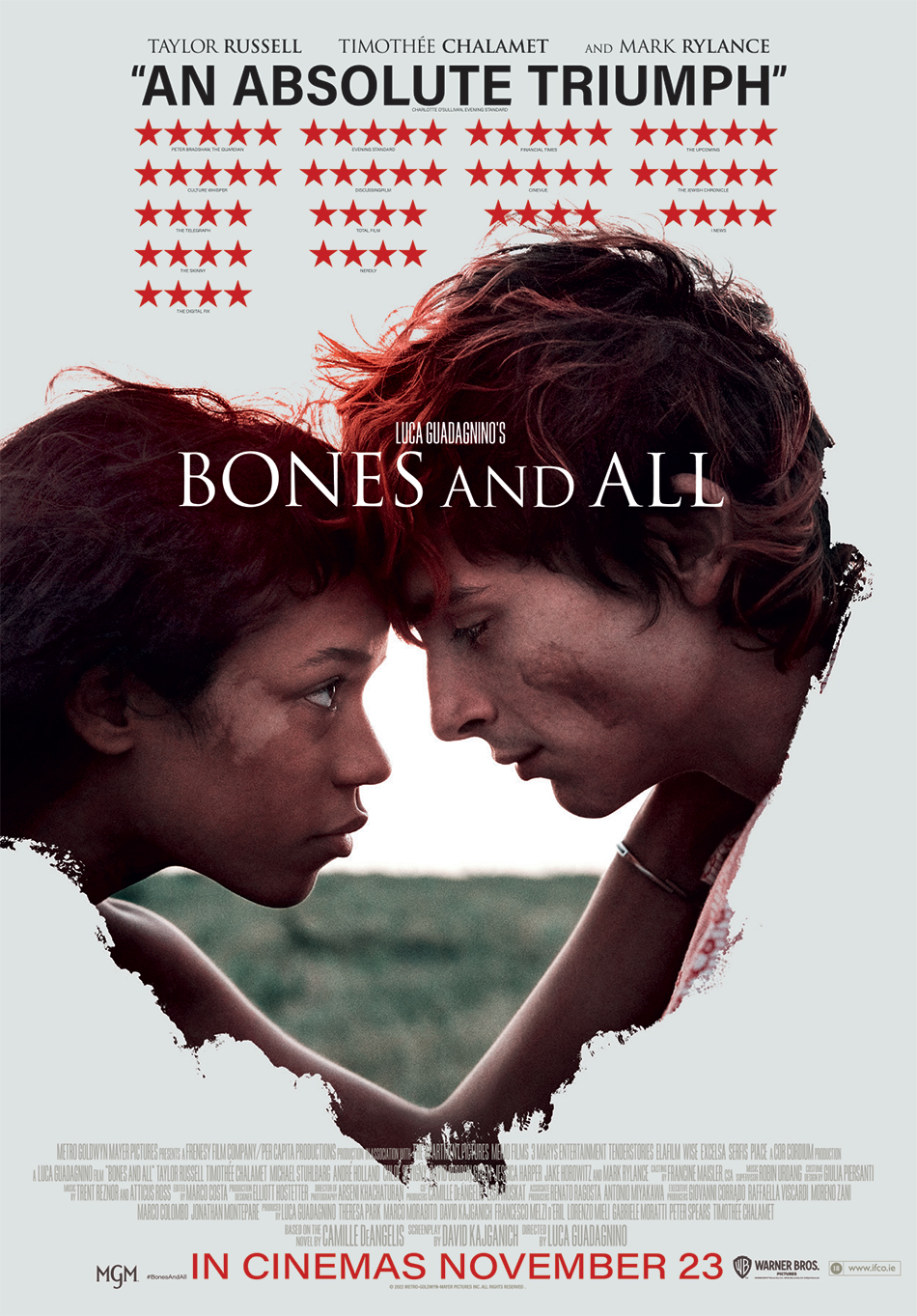 How are you feeling about the film?
Elated. It’s like a dream come true. I started this project 6 and a half years ago and at the time I thought it would be this tiny little quirky film that maybe nobody would see and maybe would never get made. But to be here at this moment having toured all these festivals and seen the critical reception I can’t even describe how it feels

It does have the feel of a small indie horror romance film that by dint of the sheer quality and talent poured into it has turned into this much bigger thing. In terms of getting it made, what was that like for you? Was this your baby to begin with?
Yes it’s been more than 6 and a half years since I first read this book in London at the London Book Fair. I remember distinctly that I was so engrossed in this book that I didn’t want to go to the fair. I was instantly obsessed and so moved by this story. It had been so long since I’d read any love story as devastating as this. And so unique. But the real question was who could possibly adapt this novel because it was so weird, elevated and literary in its sensibilities and yet it has this whole genre component. In my mind there was only one person who could manage it and that was (other interviewee) Dave Kajganich. So I did approach him, I didn’t know him, through his lawyer and miraculously he actually read the book. I couldn’t believe it

He just told us about that in our interview (see here) , That’s amazing
Yeah! I was in the back of a car when he called me to say that he’d at least help me on this. He hadn’t committed to it but then he eventually decided that he would write it himself. Originally we thought we’d work with another director friend of his – Antonio Campos – and we thought between us three friends we’d make this two or three million dollar film and at the last moment Antonio had to drop out. We looked at each other and said what do we do now, we have a film but no director. So Dave said I guess I can show it to some of my director friends and because he had this long relationship with Luca, Luca was at the top of the list

I hadn’t heard this before. This is so exciting! You must have lost your… cool
Clearly! After all that waiting, Luca said I want to do it after two weeks and it came together so quickly. It was early in Covid – so early that there weren’t really Covid protocols – so there were a lot of hurdles but we all collectively pulled it together very quickly. We were shooting in Ohio in a matter of months.

It’s so lovely to hear your enthusiasm and joy at how your film came together after all your hard work. The film slightly reminded me visually in terms of the poetry of the camerawork and the dreamy Americana – the legit eighties feel, without being campy – reminded me of another film
Badlands?

Yes! And My Own Private Idaho
That was a big reference

The film I was thinking of in terms of being pulled into a familiar world that’s also deeply not was ‘Never Let Me Go’ which devastated me
Also a mashup of genre – heartbreaking, heartbreaking young love and emotional drama yeah

It feels like a beautiful summer where awful things happened
Our cinematographer is amazing. He was only 27 when he shot that… The first time we spoke to him on Zoom we were all struck by how confident he was. I don’t know if you saw his film Beginning by this Georgian filmmaker that won all these awards at San Sebastián a few years ago but that was the film that put him on the map. It’s worth seeing also

What were the major challenges during the making of the film?
(laughs) There were so MANY major challenges. It’s a road trip so when you combine Covid with a situation where you’re rarely in the same place for more than a day or two, there was so much driving. It was a huge challenge logistically for our Transport team. The entire crew were doing six day weeks. We had to bring in a lot of crew from different places because White Noise was also shooting in Ohio and they sucked up a lot of the available people. The period nature of it meant that we always had to have an advance crew a step ahead of us and we were travelling so much with not a lot of lead time, it was tremendously exhausting for everyone. Sleep was in short supply.

Now that the film’s out will you get to sleep?
(laughs) I hope so! Also, in terms of challenges, the Italians had never shot a film in the United States so there were a lot of challenges for them. All of the financing came out of Italy, via Luca’s connections, so as the principle producer on the shoot coordinating all of the 11 financier’s money as it came into the company, I learned a lot.

What’s your next project?
There’s a kids animated series based on a best selling middle grade series called the Sisters Grimm that’s just been greenlit at Apple. But really this team of producing partners along with the original writer who I think was convinced it was never going to happen, we all got on this Zoom when it was greenlit after 7 years and were just like… oh my God we are so much older now than when we first discussed this. All of our kids are in college. I’m also making The Cartographers at Filmnation, a sort of sci-fi emotional drama from a short story by Alexander Weinstein, from his book Children of Another World.

BONES AND ALL is now showing in Irish cinemas