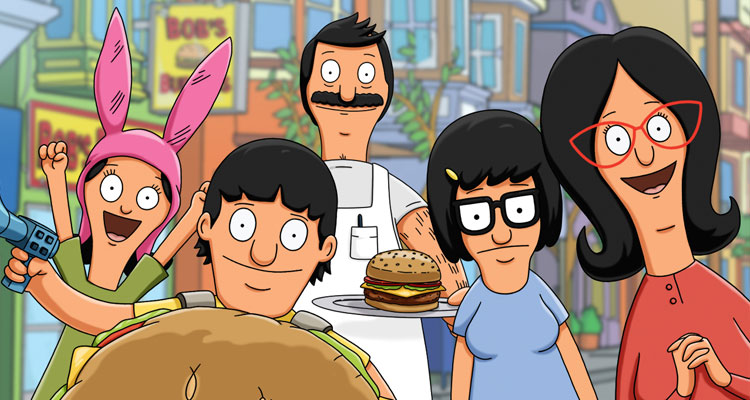 BOB’S BURGERS Heading To Cinemas In 2020

20th Century Fox has confirmed that it has set motion plans for a full-length outing of Loren Bouchard’s hit animated series ‘Bob’s Burgers.’

The series, which premiered in 2011, follows Bob Belcher (voice of H. Jon Benjamin), along with his wife Linda (John Roberts) and their three children: self-conscious Tina (Dan Mintz), goofball Gene (Eugene Mirman) and precocious Louise (Kristen Schaal)., as they try to run their last hope of holding the family together, which is running Bob’s dream restaurant.

“We know the movie has to scratch every itch the fans of the show have ever had, but it also has to work for all the good people who’ve never seen the show,” Bouchard said in a statement. “We also know it has to fill every inch of the screen with the colours and the sounds and the ever-so-slightly greasy texture of the world of Bob’s — but most of all it has to take our characters on an epic adventure. In other words, it has to be the best movie ever made. But no pressure, right?!”

According to reports, the film is pencilled in for release summer  2020.