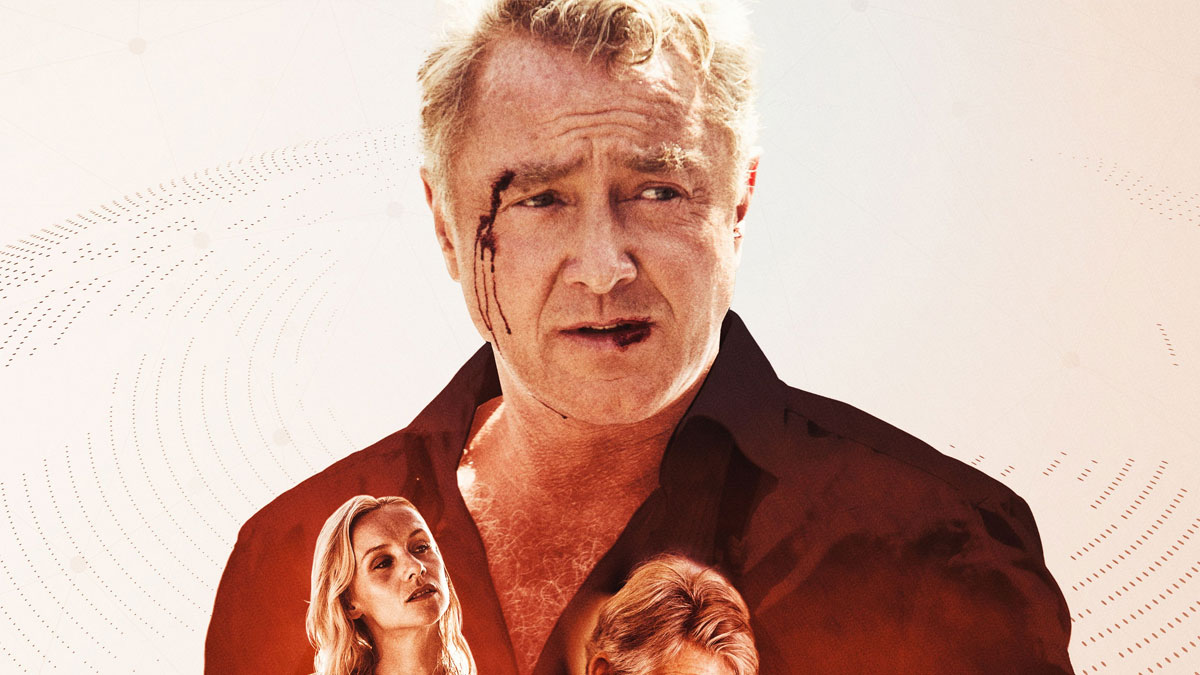 The Plot: Secret agent Victor Blackley (Michael Flatley) has hung up his gun. The death of his beloved wife still weighs heavily on him a decade later, but life goes on. He now runs a nightclub and hotel in a Caribbean Island retreat, where’s he closely guarded by his fellow Chieftains including Nick (Ian Beattie). With a shady past, one never knows when a dark figure might pop up and put a bullet in him. The arrival of slick businessman Blake (Eric Roberts) and his fiancée Vivian (Nicole Evans) puts him on notice. Victor and Vivian have history, prompting mind games as Blake’s true intention comes to the surface…

The Verdict: The Blackbird has landed. Shrouded in secrecy and the kind of spy-level intrigue it endorses for several years, it apparently had private showings to the select few and even won an award at an obscure film festival. Requests to view the film went ignored and it achieved an almost-mythical status as a great white elephant. Films aren’t made in a vacuum though and ultimately have to be released in some format to the public to make it worth the overall effort and expenditure (take note, Warner Brothers). And so it is with Michael Flatley’s attempt to move from Lord Of The Dance to Lord Of The Film Industry. Well, sort of. This is more likely to be Flatley’s entry-level attempt to show that he’s more than just a Riverdancer. Told that it just wasn’t going to happen by industry people in the know, he went ahead and defied them anyway. So, some sort of credit is due to him for pursuing his passion project to fruition.

It’s a fruity cocktail, to be sure. Blackbird is a mix of other, better espionage films. There’s a chunk of James Bond here, a bit of Jason Bourne there along with a hearty dash of a Liam Neeson action film – shaken, not stirred of course. This film is all about attempting to shake things up and show that, with some guts, an outsider can become an insider. A few years younger than Neeson, Flatley is nobody’s idea of a suave spy or a man of action, but here he is anyway. His hands are all over the film of course – he not only acts in it but writes, directs and executive produces. He’s a one-man filmmaking machine like Robert Rodriguez, but perhaps that’s being too aspirational. There is an overall air of a vanity project to this film, which generously gives Flatley plenty of screentime to the detriment of the other characters.

Flatley is true to his name – his performance is, essentially, flat. As an actor, he has only two expressions – muted pained grief and low-key determination. He underplays Victor to the point where he’s merely a background character in his own story. Case in point: a high-stakes card game scene between Victor and Blake in which veteran screen heavy Eric Roberts acts him off the screen with ease. Roberts tends to be a ham actor, but he’s undoubtedly the best thing about the film. Clearly relishing the part of a devious businessman with his hands in many pies, he shows up the deficiencies in Flatley’s performance. A runner-up prize has to go to Ian Beattie, who knows exactly what kind of film he’s in and therefore dials his intensity up to 11 – even more so than his ill-fated Games Of Thrones character. There are paltry roles for women here though. The female characters are either dead to begin with, glamorous eye candy or throwing themselves at the much older men that populate the film. Wishful thinking by Flatley perhaps?

The script doesn’t bear much scrutiny. There’s some vague mumbo-jumbo about a macguffin that could kill millions, but the script is so half-baked that this plot device barely registers. Flatley’s direction is workmanlike and he makes strange editing choices like cutting away in the midst of a key scene – especially by the story’s end. And yet the film retains a vain, curious mystique about it, making it something of an oddball curio. Blackbird is not the car crash that people might have been expecting from that initial trailer, but neither is it much good. It’s the kind of mediocre thriller that might turn up on Friday night TV at 11pm, post-pub and curry. Flatley has said that it’s not about the failing, it’s about the trying. Whatever his cinematic intentions are going forward though, he shouldn’t hang up his dancing shoes anytime soon. If Blackbird is to be a one-off, then so be it. 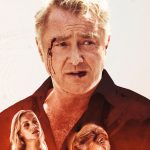