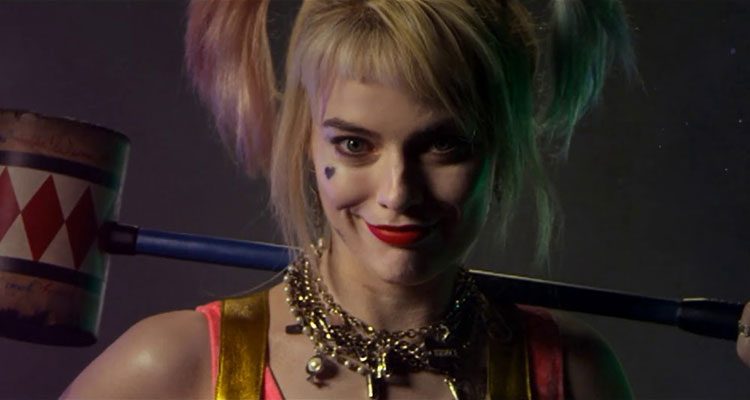 The Plot: Things haven’t been going well for Harley Quinn (Margot Robbie). One minute she was at the top of Gotham’s underworld, untouchable due to being The Joker’s squeeze. Now she’s heartbroken and out on her own, with every hoodlum she crossed and double-crossed out for her pretty little head. Top of the list is Roman (Ewan McGregor), who has a habit of collecting the scalps of those who displeased him. He’s looking for a valuable diamond which will send him to the top of Gotham’s food chain. Harley comes into possession of the diamond or rather cheeky teenage pickpocket Cassandra (Ella Jay Basco) who has the diamond. On the run, they encounter worn-out cop Renee (Rosie Perez), Roman’s lounge singer / driver Dinah (Jurnee Smollett-Bell) and the mysterious, crossbow-wielding Helena (Mary Elizabeth Winstead). The party is just getting started…

The Verdict: When DC’s misfit comic book film Suicide Squad came out in 2016 and met with a decidedly mixed reaction from critics and audiences, there was one truly positive thing to take from it: Margot Robbie as Harley Quinn. The multi-talented Australian quite easily stole the film under the noses of everyone else, with her quirky, spring-loaded character bouncing about like a magic bullet. It was evident that the character could go it alone in her own adventure, now that DC has moved away from effects-heavy shared universe films for more character-driven pieces. And here she is in Birds Of Prey… or in the more marquee-busting title of Birds Of Prey And The Fantabulous Emancipation Of One Harley Quinn. An emancipation of sorts is indeed what the film is about, as Harley moves out of The Joker’s shadow and goes it alone.

The film is told through Harley’s voiceover and as a nod to her erratic state of mind, occasionally out of sequence. With seemingly everyone except Batman out to put a sad face on her, it becomes a girl power story as she teams up with other female misfits to show Gotham’s male-dominated crime world that she gives as good as she gets. That could be a subtle nudge against Hollywood. Christina Hodson’s script does good work on establishing the backgrounds of the Birds Of Prey, while not taking them too seriously. Renee speaks like a cop from a bad 1980s crime thriller while Helena can’t quite decide on a cool-sounding handle. It’s those little touches that are welcome in fleshing out characters that could just be filler material (something that Suicide Squad was guilty of). It’s surprising then that Harley herself is a bit under-developed and doesn’t have much more to offer than being a good time bad girl.

That’s no fault of Robbie’s of course. She’s fantabulous as Harley. Like the film, she pinballs like crazy from one sticky situation to another while getting across that anarchic sense of fun about the character. However, as a producer and an actor one senses that she’s working overtime to plug in deficiencies in Hodson’s script and stretch the character beyond the limitations of the page. Ewan McGregor also does what he can with his flamboyant, shouty villain but he only really becomes threatening when he becomes Black Mask – which is too late in the game. Cathy Yan, in her second feature, does a competent job of keeping things moving and shows flashes of visual flair like in the funhouse dust-up – which wouldn’t be out of place in the campy 1960s Batman TV show. If you don’t look too closely at the script, there’s a good bit of fun to be had here. As Harley herself puts it, a harlequin’s role is to serve and she does so in her own inimitable fashion. Sometimes, girls just wanna have fun. Not quite fantabulous but good-ish enough.