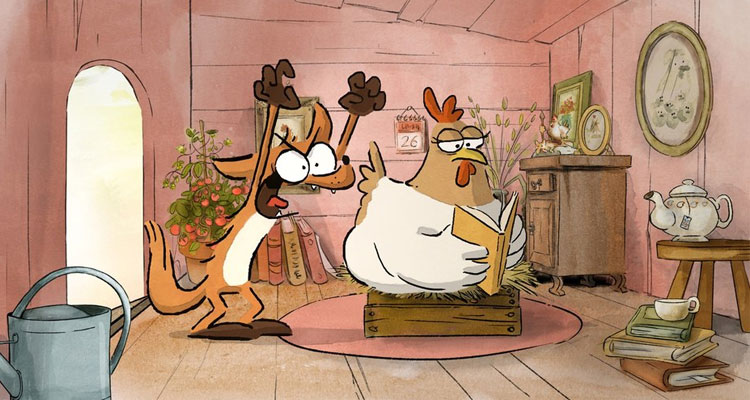 Adapted from Renner’s graphic novel, the farm-set film is the hilarious, heart-warming tale of misfits animals – a fox who mothers a family of chicks, a rabbit that acts like a stork, and a duck who wants to be Santa Claus.

The new voice cast includes include Bill Bailey (‘Hot Fuzz’) as Duck, Adrian Edmondson (‘Bottom’) as Rabbit, Matthew Goode (‘Watchmen’) as Wolf, Celia Imrie (‘Finding Your Feet’) as Chicken, Giles New (‘Pirates of the Caribbean’) as Fox, Justin Edwards (‘The Thick of It’) as Pig, and Phill Jupitus (‘Never Mind the Buzzcocks’) as Dog. 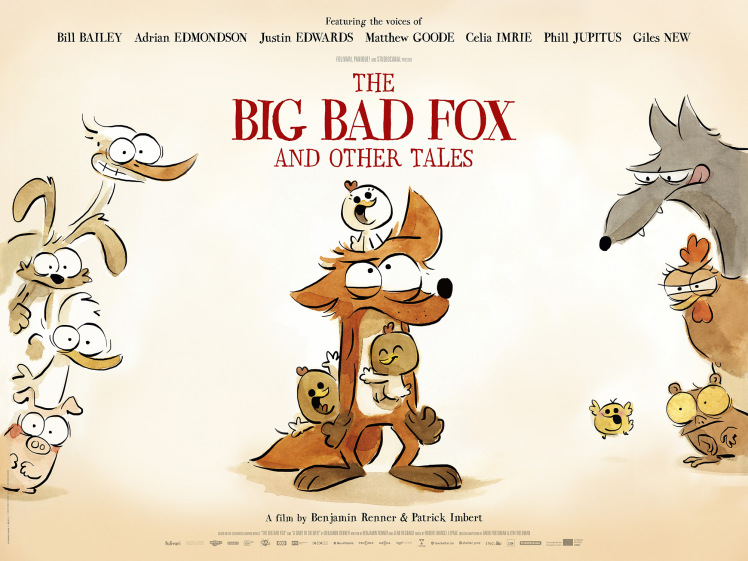 You can check out the French-language trailer below.